Battle of the Next Generation Consoles

This year will, hopefully, see the release of both the PlayStation 5 and the Xbox Series X, though that will depend on if there aren’t any manufacturing or delivery issues associated with COVID-19. The intention was always for both of these to hit the market just before Christmas, when the market is gearing up for one of the biggest sales periods of the year, however time will tell. But you can be certain that, whenever they are released, they are going to cause big waves in the gaming world.

Information is a bit sketchy at the moment, but there have been some details released and we can glean plenty of information from those. For a start, we understand that the CPU’s, GPU’s memory and storage solutions are fairly similar for both consoles, so we would hope that they will deliver comparable levels of performance. We also understand that both consoles have been engineered to handle ray tracing to significantly enhance the graphics delivery. As we have already reported on, ray tracing is the new light rendering technique that is currently only available on high-end gaming PCs. However, ray tracing requires a considerable amount of power to produce the effects and needs to do so without seriously affecting system performance.

Both consoles have chosen SSD storage for onboard solution, and the Xbox allows a further 1TB custom NVMe as an expansion slot, while the PS5 goes for a 825 GB custom SSD Slot. Regardless of the actual hardware, the important factor is that all storage is purely digital, and therefore, fast!  Microsoft reckons on an I/O speed of 2.4 GB/s as Raw data or 4.8 GB/s compressed, while the PS5 has a slight edge with a measured transfer rate of 5.5 GB/s in Raw form and 8-9 GB/s in compressed form. While the difference exists, the message is clear; these consoles will be mega-fast and ray tracing shouldn’t be a problem, so stand by for some beautiful and photo-realistic games coming your way soon. 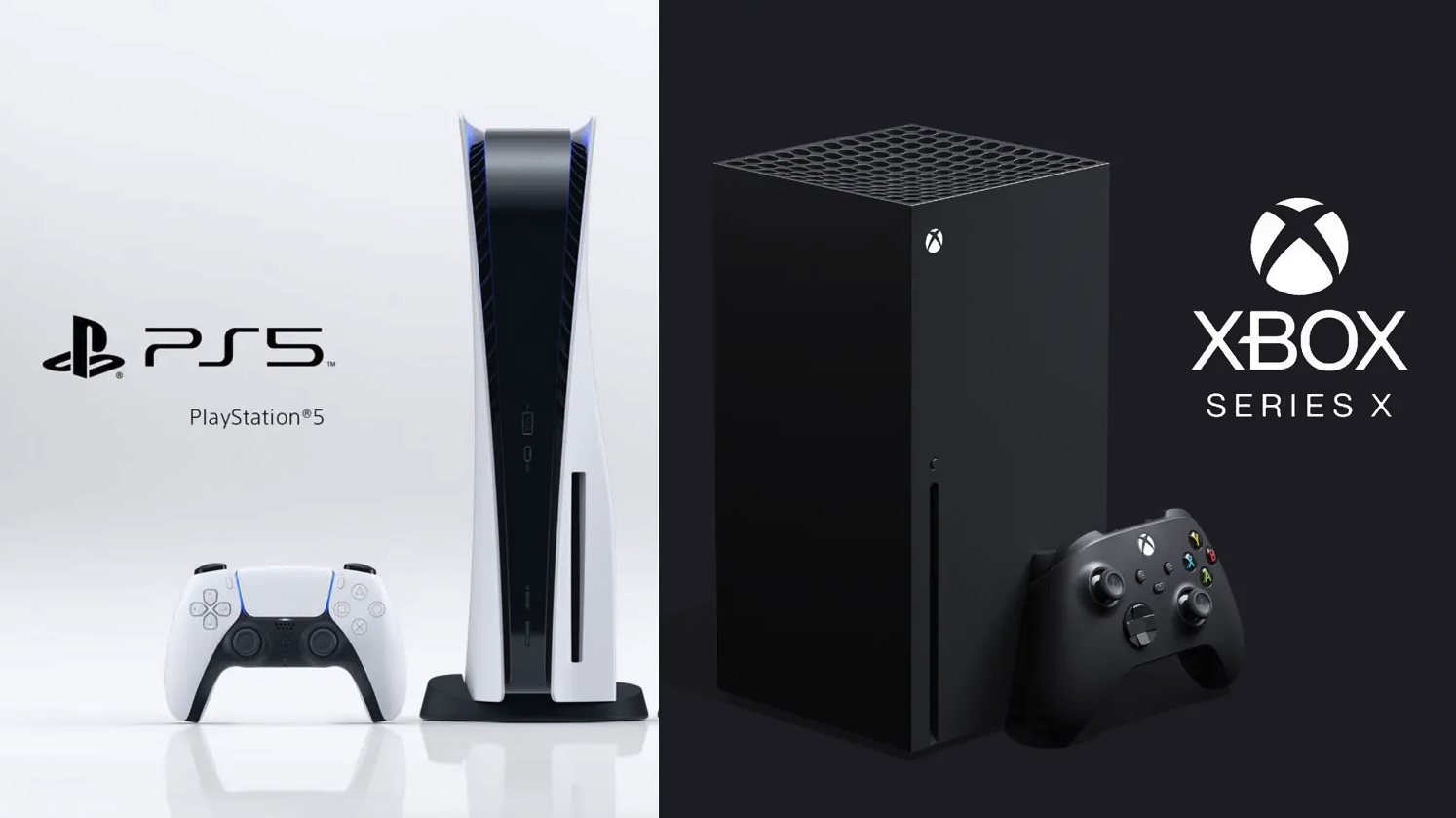 Both consoles can come with a 4K Blu-ray drive – though the PS5 is likely to be available in a cheaper ‘digital-only’ version as well, without the disc drive –  and these, together with the onboard SSD, will make game loading lightning fast, as well as the actual gameplay. In terms of hardware, Microsoft have gone for a tall, boxy design with an updated wireless controller, while Play Station have decided on a much more outrageous and arty design that will make it a feature of a room rather than just a gaming system in the corner.

One area where the two consoles – and companies – differ, is their attitude to VR; PlayStation are keen to incorporate VR functionality into their products though we aren’t yet sure if the current Move controllers will work with the next generation device. Meanwhile, Microsoft are fairly nonplussed by VR and continue to take the line that VR is not a priority area for Microsoft consoles, so this console release certainly isn’t going to be a battle of VR. Maybe the next one will.

These two devices seem to be so well matched that purchase decisions are likely to be made on the basis of brand loyalty rather than one being significantly better than the other. But, with both consoles suggesting great performance, we’re looking forward to some great gaming experiences to come.