Disney Wants to Create its Own Metaverse, and We’re Excited

Up until a few years ago, Disney was best known for cute animated movies that stayed the right side of saccharine sweet to be even slightly edgy. Developing their stranglehold on the 1950’s cartoon market, the Disney Corporation then moved into the altered reality of make-believe worlds with Disneyland, where tourists could enjoy the fun of a theme park, but one populated by his cartoon creations.

As surreal as it was financially viable Disneyland was soon followed by other company-owned resorts around the world. It seemed that the Disney Corporation had found its niche and could afford – quite literally – to sit back and watch the profits roll in. But the company, previously best known for anthropomorphised animals and Princesses has changed tact somewhat of late, using its huge financial fortune to buy up other franchises, such as Marvel, thereby increasing its overall bank balance, and its potential for other investments.

And it seems that Disney is now keen to step outside of filmmaking, TV, and cheap rides with Princesses, and is looking to become a major player in the impending metaverse. Joining Microsoft, HP, Google and, of course, Meta, Disney has its eye on the potential of becoming a driving force in the next iteration of the internet and how we exist online.

Current Disney CEO Bob Chapek has stated that the company plans to build its version of the metaverse by connecting physical and digital worlds even more closely, and then have the potential to connect this with other players in the field to create a holistic experience.  The idea is that, ultimately, those entering the metaverse would have access to content from all manner of providers in one place, rather than having to dip in and out of different versions.

However, that is a longer-term strategy, and in the first instance, Disney is keen to establish the fundamentals of a metaverse and then start to build in content from the Disney world. Chapek recently told reporters ‘Our efforts to date are merely a prologue to a time when we’ll be able to connect the physical and digital worlds even more closely, allowing for storytelling without boundaries in our own Disney metaverse. And we look forward to creating unparalleled opportunities for consumers to experience everything Disney has to offer across our products and platforms, wherever the consumer may be.’

So, it sounds like Disney is not sure what they want to develop within the metaverse, but is very keen to be a part of the show with others. And this is probably a good thing for the metaverse itself. 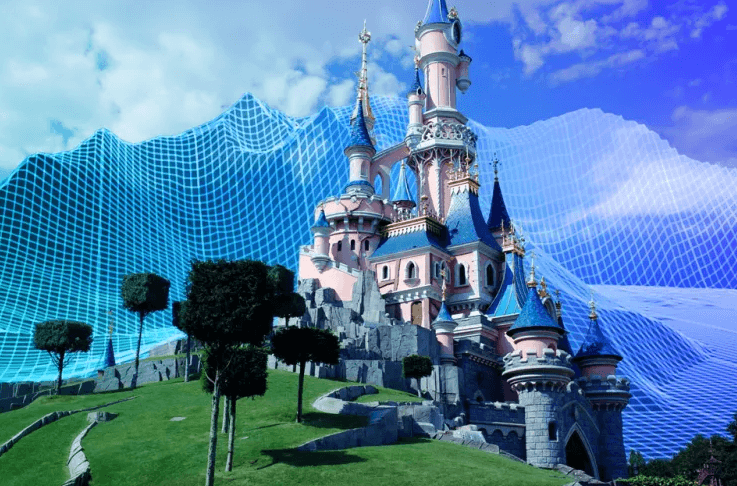 Rather than become a standardised format too early on, it is probably better that we get different versions to try out and see what works best. Maybe some of them will integrate to form a shared experience between some of the big players in the field. With the internet, the early versions of search engines were a little disjointed, and we had some that were good in some ways and others that worked better in other, but over the years we ended up with an internet that works well, and does just what it’s supposed to. And a similar evolution is likely with the metaverse, since no one really knows what it is likely to become in the long term. Sure, there are dreams and ideas, but there is nothing really standing out in terms of firm designs.

But with a company like Disney onboard and ready to spend serious money on the project, the hardware that will become the crux of the realm is likely to get a real boost. Through its work on animatronics and theme-park systems, Disney is well-known for its physical developments, and has a strong reputation for being a technology early-adopter. And with owned companies such as Pixar being at the forefront of computer animation systems, the marrying of the two is likely to yield hardware that can transmit believable virtual environments that are the basis of the metaverse.

Back in the 1940’s Walt Disney looked upon his creation of Mickey Mouse cartoons as the future of filmmaking and a technological marvel. It seems that history may be repeating itself with the corporation’s foray into the metaverse.