Insurance – essentially hedging a bet against the risk of some physical loss – is a subject that impinges on just about every avenue of our lives. Be it vehicle, health, property, or travel, we take out insurance to protect us should the worst, or at least the unpredictable, happen to us. But since most insurance policies deal with loss or damage, it is a system that is wide open to abuse by the unscrupulous, who see no issue with getting a little extra out of all the money that they pour in in the form of premium payments.

It’s not surprising then, that Insurance companies share so much information and make as much use of technology as they can in order to counter any threat of abuse that they may encounter. A major part of sharing information is the need to connect people, and while emails and phone calls are okay, they have their limitations, and insurance companies are increasingly turning to Extended Reality to make their communications stronger, faster, and more immersive.

With the advent of affordable equipment, insurance companies are increasingly relying on various Extended Reality tools and equipment to bridge the gap between people, experiences, and information. Around 84% of insurance executives surveyed for Tech Vision 2018 said that being a pioneer in Extended Reality solutions is critical for their firm and is a system that they want to see increasing investment in. According to these companies, Extended Reality will provide the groundwork for new forms of engagement, communication, and information. While Extended Reality applications are still in their infancy throughout the industry, experiments are progressing and the technology has several potential applications. 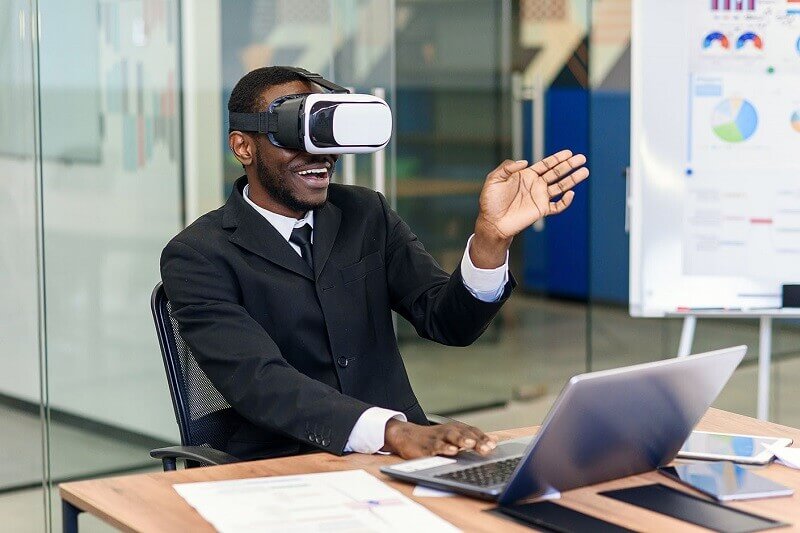 But Extended Reality offers more than speedy communications, and insurance companies are looking at other services that could be delivered in this way.  One of the most anticipated is the potential to recreate an incident scene in high definition and have the ability to closely inspect what has happened in incidents such as car crashes. While the possibility of doing this routinely is still some way off, it is more than just a possibility and would be a massive advantage to insurance investigators.

In this kind of scenario, the only information really needed would be the final positions of any vehicles or pedestrians involved, which could be obtained fairly easily by attending police using 3D camera systems. From that point, with a highly detailed 3D image of the area and any involved people or vehicles, it becomes fairly simple physics – since we live in a deterministic world – to “wind back” the action in a VR construct and understand better how the event happened in the first place. Even if such scenarios reduce the finger-pointing by even 50% then it becomes a useful tool in apportioning blame and understanding the event through something other than poorly-constructed drawings as at present.

It is this kind of potential that has captured the imagination of insurance companies, and continues to fuel their interest in ER environments, and with associated technologies like high-definition 3D cameras now being readily available, this is a real possibility within the next couple of years. And if Insurance companies are having to pay out less on fraudulent claims, then the chances are that our premiums have a pretty good chance of reducing, and that would be welcomed by everyone.

Updated for 2021 LTS: The definitive guide to lighting in the High-Definition Render Pipeline