How Will Job Interviews Transform Over the Next Decade?

Job interviews are rarely a good experience for anyone involved, and at best they are simply a means of introducing a prospective employee to the company and possibly their future manager. Beyond that, it’s well known that it has become almost customary for the employee to embellish major parts of the CV’s, so what is the point of them? And from the candidate’s point of view, it becomes difficult to really understand much about the company and how it operates from the confines of some faceless meeting room.

On the point of embellished CV’s, you may think that a little ‘white’ lie never hurt anyone, and if it gets you the job that you have been after then what’s the harm? Well, plenty actually. Here are some disturbing facts:

And it seems that Millennials – aged 25 to 34 years old – are the worst at doing this, believing that they can get away with almost anything, and frequently overtly lie rather than just slightly embellishing. A survey of HR professionals by the CareerBuilder website found that the most outrageous examples of people being little tinkers with the truth included:

These are obviously the more screamingly mad of examples and next to them, a little white lie might seem okay. But this is a growing problem that companies want to stamp out, and that is where technology can help.

Because it is difficult to trust anything that a CV says, many companies are already turning to new methods of establishing if a person is a good fit for a particular job, using behavioral characteristics, cognitive abilities, personality traits, and physiological responses. Interviewers of the near future won’t so much rely on potentially twisted documents like CV’s, but will be paying attention to how a candidate enters the room and if they do unfortunate things like folding their arms (which is a classic defensive posture, and bound to get you thrown out). Furthermore, emerging neural systems will allow a company to intelligently search for details about a candidate and pull up all of their social media posts. Anything contentious could come back to bite you!

So, that’s the psychology sorted, but what other areas of technology can we expect to drive job interviews? 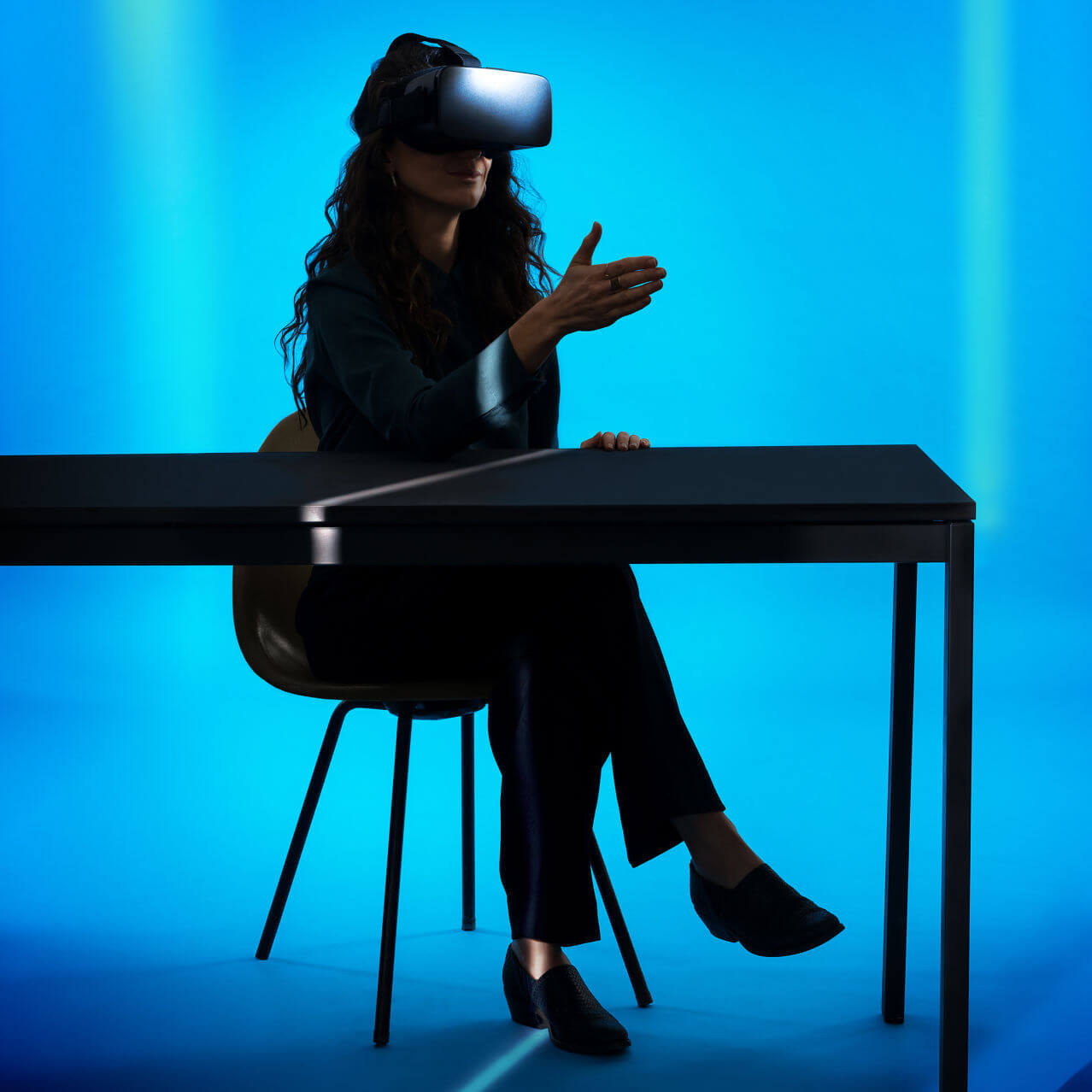 Plainly, leaps in AR and VR mean that we don’t even have to attend an interview in person anymore, and we can kick back in the comfort of a virtual boardroom, or even the virtual surface of Mars, if the interviewer desires it. You no longer have to worry about getting to the interview on time since it just involves slipping a headset on, and virtual wardrobes will ensure that you are always resplendent, regardless of what you are actually wearing.

But virtual systems can do much more than this and are ideal for subjecting the candidate to focused and relevant tests to see if they are actually up to the role. These could take many forms, and range from physical tests such as assembling virtual equipment to cognitive challenges to test the person’s responses under pressure.

Job interviews of the near future are going to be company-centric and are less likely to be about an irrelevant piece of paper – don’t forget, your CV shouldn’t be any more than two sides of A4 – and more about what a candidate is actually capable of…and their psychological make-up, naturally. If those get you the job, then you probably deserve it.