Undoubtedly, the most exciting news of this year so far is the fact that the Magic Leap 2 early access program for developers is launching in Q4, and we can’t wait to get our hands on it. Peggy Johnson, CEO of Magic Leap confirmed the information during an interview with the influential Protocol website in April, but didn’t go into too many details. With the early access enterprise, users will be able to get their mitts on the Magic Leap 2 in the last quarter of this year, while the device isn’t actually going on general sale until at least the first quarter of 2022.

Magic Leap One officially launched as developer program hardware to somewhat mixed but mostly fairly positive reviews in 2018. While it’s concept and on-board computing design was applauded, it’s overall graphics experience and weight – it was a fairly hefty 316 grams – were less enamoring. The device was also a developer launch so there was little in the way of proper software or games to run on it, though the experiences that were available were generally praised. In short, Magic Leap One was a bit of a damp squib rather than a serious contender.

Covid wasn’t kind to the company either and in April 2020, Magic Leap indicated a major company restructuring following half of the company’s staff being laid off because of the pandemic. However, despite the job cuts, there was a major move-around in the senior management and the company still managed to raise over $350 million in May 2020 to go towards its next headset development.

Having taken the reins at Magic Leap, Johnson, who has a wealth of experience at both Microsoft and Qualcomm, was keen to reinforce the company’s top management team with people who shared her vision of a groundbreaking AR device. After spending the months that followed rejigging the management team and securing finance, the company is now gearing up for the launch of Magic Leap 2, and this time we are very excited.

The principle is a fantastic one; the Augmented Reality (AR) that drives Magic Leap (both One and 2) superimposes computer-generated content over the real world. It is a system that incorporates three basic features: a combination of real and virtual worlds, real-time interaction, and accurate 3D representations of virtual and real objects. Using these features, everything from gaming to serious endeavours such as technical and medical content can be displayed on top of the real world.

Since mid-2020, Johnson and her team have been grappling with the feedback from the original Magic Leap and developing a credible follow-up to it. Speaking to Protocol in February this year, Johnson didn’t go into details about the Magic Leap 2, but intimated that the second Gen headset would be, in her words, “50% smaller, 20% lighter, and with 100% larger field of view”. Looking at those figures in terms of the current device, that would mean that the new development would be in the weight range of around 250g – excluding the pocket-worn processing unit – which is a welcome reduction from the original, and likely to make it significantly more comfortable to wear.

With regard to the field of view (FOV), the Magic Leap One features a 4:3 aspect ratio, and an estimated horizontal FOV of 40 degrees, a vertical FOV of 30 degrees, and a FOV diagonal of 50 degrees. It’s difficult to even consider what changes may be made to the next Magic Leap headset, or how the company will therefore market its “100% larger” FOV quote. In its marketing material, the company only quotes a diagonal FOV of 50 degrees.

However, if Magic Leap can achieve the figures that it is mentioning, and can do so at the current – or close to – price range then the device is likely to be serious competition for the more expensive Microsoft HoloLens unit. If it can perform as well as the HoloLens and come in significantly under the price of the Microsoft unit, then Magic Leap could capture the market.

We at Unity Developers will keep you up to date with all the news and latest on the Magic Leap 2 as we get it. 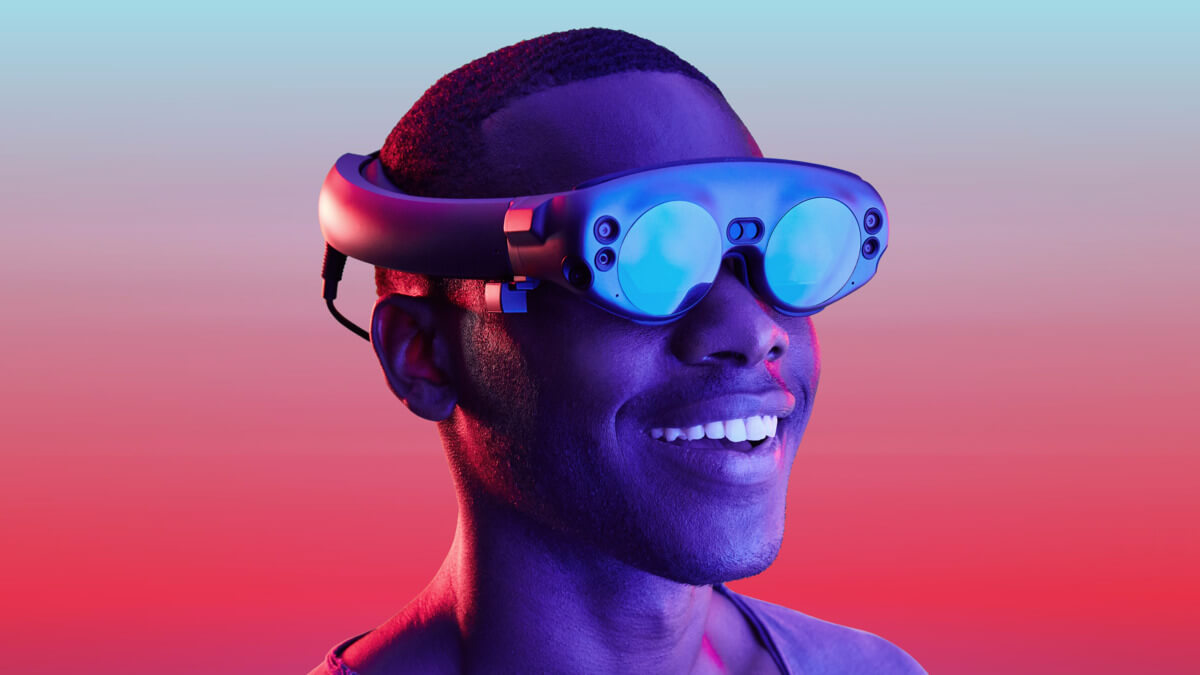