Away from the hustle and bustle of AR/VR headsets, and the ongoing war of attrition between different manufacturers, the other great technological leap that is becoming an everyday reality is that of Smart Contact Lenses.

Previously only the preserve of The Batman and Ethan Hunt from Mission Impossible, contact lenses that allow us to access information and pretend that we are someone else for iris scanners, are becoming a credible technological device. The intention is to bring all that is good with VR/AR and deliver it via a smart device that fits directly onto the surface of the eye. It sounds like science fiction, but it is fast becoming a reality, and we should soon be seeing commercial devices on the market at affordable prices. While several companies are working on this kind of technology, only one is entirely dedicated to the development of Smart Contact Lenses – Mojo Vision.

Mojo Vision are more than just a technology company, and have positioned themselves as futurists with an eye – if you’ll excuse the pun – on the bigger picture. They have been working hard and already have internal prototypes of their technology, and now have testable units. Of course, there are many safety concerns in wearing an electronic device in such a sensitive area as the eyes, so within the company, there are not only people who work on the technology side of the lenses, as in all hardware companies, and are focused on the fundamental design of hardware and software, but also people who come from a medical background, such as optometrists and medical device professionals, who work to ensure that the lenses are comfortable and safe. The company is determined to get this right from the start and is investing a lot of time and money with the right people to ensure that when their Smart Contact Lenses hit the market, they will do exactly what the company wants, and will enhance the lives of users.

Mojo Vision have announced the completion of a new prototype of its lenses, the first that is “feature complete.” This implies that the new prototype now has all of the components that the final product would require: the architecture, the structure of both the hardware and the software is finished, and it’s now just a question of optimising and improving the different pieces. From a high level specification, the system is finished, and it’s simply a question of finalising the prototype to get it to the final production stage.

The Mojo lens is a highly complex piece of kit, designed to deliver an outstanding experience to the user, while not representing any danger to their eyes. The fundamental parts of the device break down as: 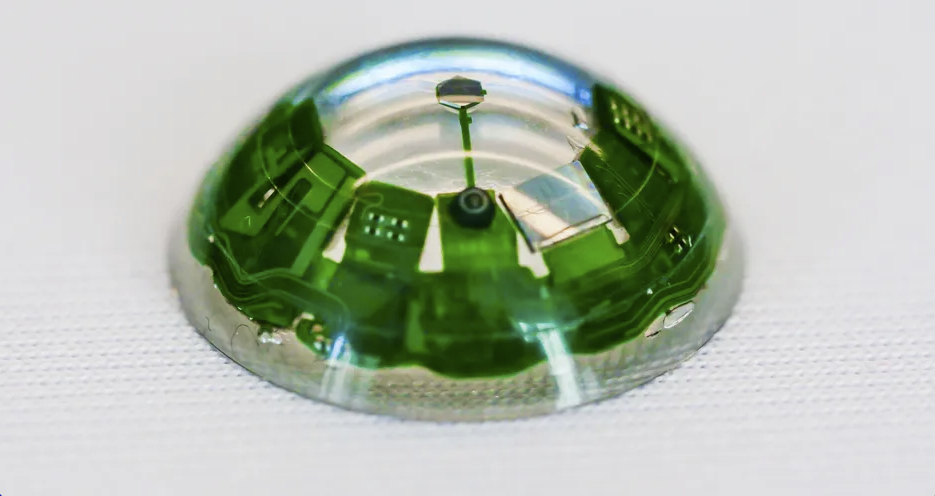 This architecture doesn’t contain the processing unit inside the lens, but allows it to communicate with the main processor via radio waves via an external module. This means that to get the full benefit of the power of these Smart Contact Lenses, it is necessary to carry around a small computational unit, however it is small and unobtrusive. The company hopes to continue research and eventually integrate the computational unit into the actual lens, but that is currently beyond our technology.

Physically, the Mojo Vision units are hard lenses, rather than a jelly-like soft lenses as you may get from an optician, and it is designed to sit on the sclera – the white area around the iris. Scleral lenses are thought to be more pleasant to wear because they rest on the white area of your eyes, which is less sensitive than the cornea. One benefit of employing stiff, inflexible, material is that the lens cannot be squeezed or twisted, and it also does not slide within the eye, so the display remains naturally fixed in place: this way, its output always falls inside the fovea of the eye, for best user views. It is also only feasible to employ flexible circuits in a smart soft lens, which adds to the difficulties of developing a comprehensive AR system with current technology.

Physically, the lenses consist of a hard system that covers much of the eye and has a small hole in the centre to allow the user to see the real world, while the eye-facing screen relays AR data directly into the eye. So, in reality, the lens will be an obvious device, so you won’t be able to use it to fool iris readers.

The 5GHz radio and ARM Core M0 CPU transfer the lens’s AR data and feed Augmented Reality (AR) material to the MicroLED display. The Mojo Lens has a custom-configured accelerometer, gyroscope, and magnetometer that continually tracks eye movements, allowing the created AR images to remain stable as the eyes move. This technology ensures that the user experiences consistent imagery. Together with a medical-grade power system, and a bespoke software system, the Mojo Vision units are likely to offer ground-breaking AR experiences. 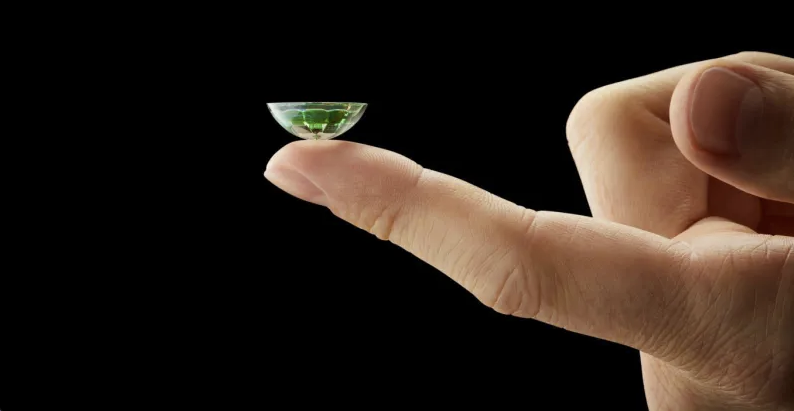 The most recent prototype is technically safe to wear, although it has not yet been worn. Despite this, an Independent Review Board of medical professionals has already given it preliminary permission for clinical testing, but many more experiments will be required to confirm its safety. Because the corporation is concerned about the safety and comfort of its prospective consumers, rigorous user testing and analysis will begin very soon. Mojo Vision have been cooperating with the US Food and Drug Administration (FDA) under its Breakthrough Devices Program to create a discrete low vision aid since 2019, therefore its work is strictly supervised.

The next steps will see the prototype being subject to a raft of testing designed to establish its ultimately safe to be worn as well as the performance characteristics of the system. Smart contact lenses are not a product of today or tomorrow, but Mojo Vision is ensuring that they will be available much sooner than previously anticipated.

Due to ongoing business expansion, we at Unity Developers require an expert Business Development Management Manager with extensive experience of…