Rehabilitation after a major incident isn’t simply a question of letting your body heal, and getting fit and ready to get on with your life. Mental rehabilitation is equally – if not more – important as having the right mindset is a crucial part to getting over an incident.

We are becoming increasingly used to terms such as PTSD (Post Traumatic Stress Disorder) and mental wellbeing in connection with major incidents and occurrences, and the treatment of these is now a huge part of healthcare services. Aside from allowing bones, muscle and flesh to heal, it’s widely known that an event will have a lasting mental impact on the human psyche.

Perhaps the first major traumatic event to be broadly reported in our history was the First World War (1914 – 1918), which saw millions of young men and women pitched against each other across the battlefield. While the physical damage caused by bombs, shells, and sniper fire were horrific, there were a growing number of reports about previously healthy and happy young people appearing to be permanently dazed and suffering all manner of mental disorders. The term ‘shell-shock’ was coined for the mental trauma of facing death 24-hours a day for what may have been years, and became a recognised issue.

The procession of far more precise conflicts of the late 20th and early 21st centuries gave rise to the now recognised term of PTSD, and the realization that regardless of how well trained someone is to deal with a situation, the reality can weigh heavily on the human mind. PTSD sufferers often relive a traumatic event that they have experienced through nightmares and flashbacks, and may experience feelings of isolation, irritability and guilt, particularly if there has been a fatality involved.

And it’s not just warzones, either. PTSD can be associated with any situation in which stress – and it doesn’t have to be extreme even – is experienced, and has a major effect on the person’s life. Major causes of PTSD include:

PTSD can develop immediately after someone experiences a disturbing event, or it can occur weeks, months or even years later. Plainly, with PTSD becoming such a concern, treating it in the best way is becoming a test for health services. The usual methods for treating disorders such as this include counseling, eye movement desensitization and reprocessing, cognitive behavioural therapy and support with the causal issues. For the most part these work well, and many people recover from the stress that they have experienced, but the regular treatments only go so far, and VR looks like being a new and credible means of delivering therapy. 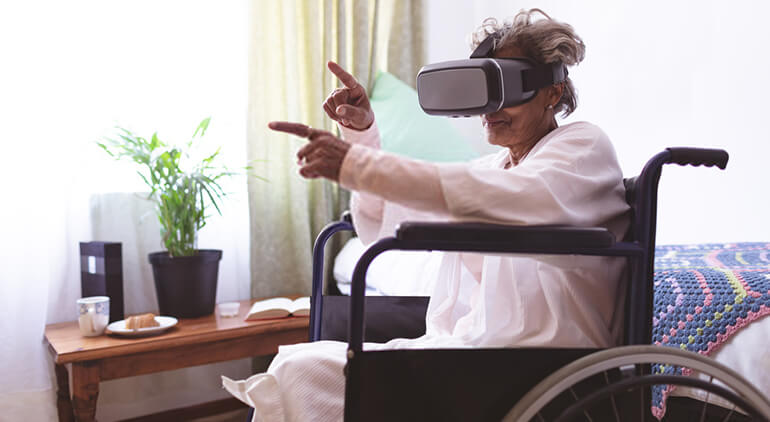 The unfortunate thing about current therapy strategies is that they are… well…a bit dull. Of course, it’s understandable that someone who has been through a traumatic experience probably doesn’t want too much excitement, but the best therapy works through engagement. Additionally, rehabilitation has traditionally been a one-to-one exercise and that makes it inefficient.

Imagine being able to deliver more engaging and motivational therapy to a group – perhaps even people who have shared a traumatic experience and can relate with each other. That is the power of VR, and health experts working in the field of rehabilitation are now recognizing this.

One of the most effective strategies for dealing with many traumatic brain-based issues – regardless of whether they are PTSD or a phobia – is the gradual introduction of a condition or situation that the person finds distressing. With that comes acceptance and by accepting something we begin to heal. VR is an ideal medium to begin the reintroduction process – it could be something like driving a car following a serious car crash, or it could be a phobia-based issue such as heights or spiders. VR has the power to create these kinds of situations in a perfectly safe environment, thereby allowing the patient to start to embrace the situation or condition.

Furthermore, VR therapies can be delivered over a distance, and don’t need the therapist and the patient to be in the same place. And, as we have already seen, it has the potential to be delivered to a group, which may actually enhance the therapeutic process.

Whether a person is suffering from anxiety, stress, a phobia, or full-blown PTSD, VR is now being viewed as a realistic means of engaging with them, and allowing them to confront their fears and concerns while in a perfectly safe environment. 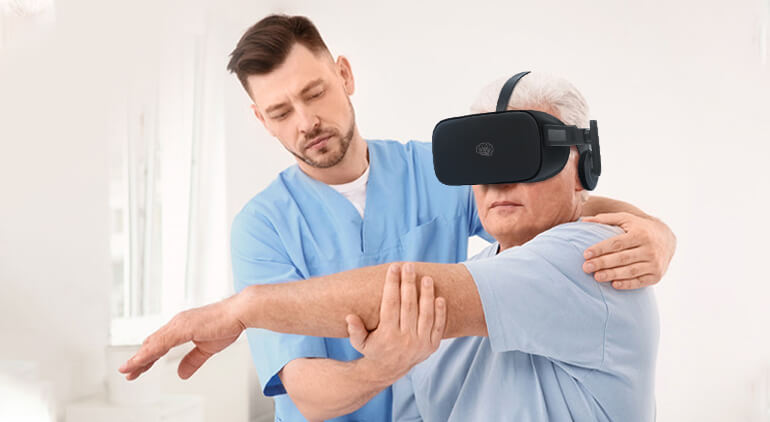