Amazing Uses for VR and AR in College Classrooms

Education is an obvious recipient of AR and VR systems, and given the relative cheapness of the latest range of devices, you would expect such equipment to feature prominently in schools and colleges. But rather than just being enthusiastic users of virtual technology, these institutions are at the forefront of innovation in XR equipment, and they are leading the way with some exciting uses.

Understanding concepts. Of course, education is all about increasing knowledge and confidence, boosting abilities and understanding concepts, but some areas of learning are complex – too complex to be delivered by simple means. It’s little wonder that many pupils and students shy away from what are seen as more difficult subjects, as they struggle with conceptual issues. But if it is possible to actually show a student a concept – such as the splitting of an atomic nucleus and the subsequent release of energy – and they are far more likely to feel comfortable with the work. We can’t naturally see atoms, but AR/VR models help us understand what is going on at this minute level.

Visiting the past. Ever wondered what it might actually have been like in a lush, prehistoric forest, or what it was like to attend a 17th century medical examination? Now, the easy development of virtual environments means that students can enter highly detailed models of these and many other environments. The University of Denver have been engaged in a project that has helped reconstruct the American WWII internment camp at Amache in Colorado in exquisite detail, allowing students to really experience what it would have been like as a Japanese social prisoner in the camp. We are just passing through history, but XR gives us the ability to recreate history.

Looking to the future. With the power of XR, just as we can look to the past we can also gaze into possible futures. Increasingly powerful 3D modelling software allow us to visualise anything that can be constructed in software…and that basically means anything. The future is easier than the past because we haven’t arrived there yet, and the only barrier is the imagination of the developer. NASA – the American space agency – are engaging with students by encouraging participation in their virtual reality “SUITS” (Spacesuit User Interface Technologies for Students) challenge, which allows students to help design the space suit of the future. 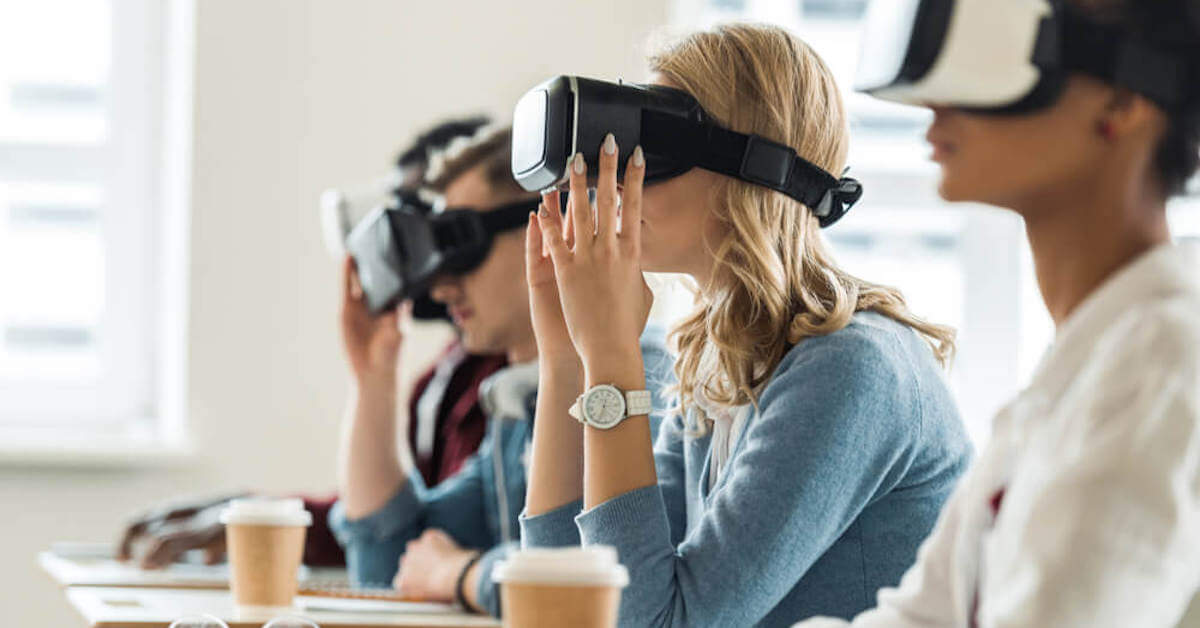 Space stations, space cities, and alien environments are all on the cards, but closer to home we can also see what our possible futures could look like on planet Earth. Be it a lush paradise because we woke up to the damage that we are doing, or a scorched, almost uninhabitable landscape because we didn’t, XR can help us view it all.

Clinical care in the classroom. Looking after people in medical situations is a notoriously difficult subject to train out, simply because it is so fluid and obviously involves a potential danger to those it is being subjected to. There is no room for mistakes in medicine, but a growing number of colleges and universities are employing XR products to help familiarise tomorrow’s doctors, nurses and even vets with situations that they will be facing in their everyday lives. The notion is that if a person is familiar with a procedure, they will excel at it, and XR technologies are certainly stepping up to the mark in this area of education. Now, open wide…!

Bringing the theater to the classroom. Theatre and performing arts students are feeling the benefit of XR devices for a whole slew of aspects for their subject. Whether it is to take part in a production at the Bolshoi Ballet, or practicing a scene using virtual actors as your foil, an AR/VR headset can make a scene feel far more real, and help a student learn their moves or lines.

But further than this, XR devices can give enormous help with set design too. With some theatrical sets becoming even more complex, being able to see what a particular design may look like without ever lifting a hammer or placing a nail, makes enormous sense, as well as being much less of a financial stretch. Taking this notion even further, if the entire cast and audience can view a production via virtual reality, then productions become far less costly and scene changes happen in seconds rather than tens of minutes.

We here at Unity Developers are very enthusiastic about the positive benefits of XR technologies, and fully believe that they are making a positive change to almost every sector of life, but plainly this is a technology that was made for enhancing education.