As AR becomes more mainstream, a growing number of companies are looking to see how they can incorporate the technology into new areas of business and social interaction. AR is now well beyond gaming and is encroaching into a growing number of aspects of our lives, enhancing many of the things that we do, and when global concern like Apple gets on-board, you just know that something big is happening.

The Los Altos company has recently applied for a patent entitled “Augmented reality display”, which details how AR could be used for in-car navigation, and they have a new approach that promises to liven up the market.

Satellite navigation systems (“Sat Nav”) are all currently much of a muchness; they tend to present a series of different map overlays presented in 2D form, and a cursor shows the users current position and a route to follow. It’s a model that works reasonably well and doesn’t have much scope for modification…or does it?

The new Apple patent outlines a system which goes far beyond current thinking and embraces AR to create navigable 3D maps that can be used to plan a route through a range of features that might otherwise be in the way. You would no longer have to worry about high rise buildings and natural features such as mountains and forests, as the AR system would show you a realistic map with reduced opacity for anything that got in the way of your route. 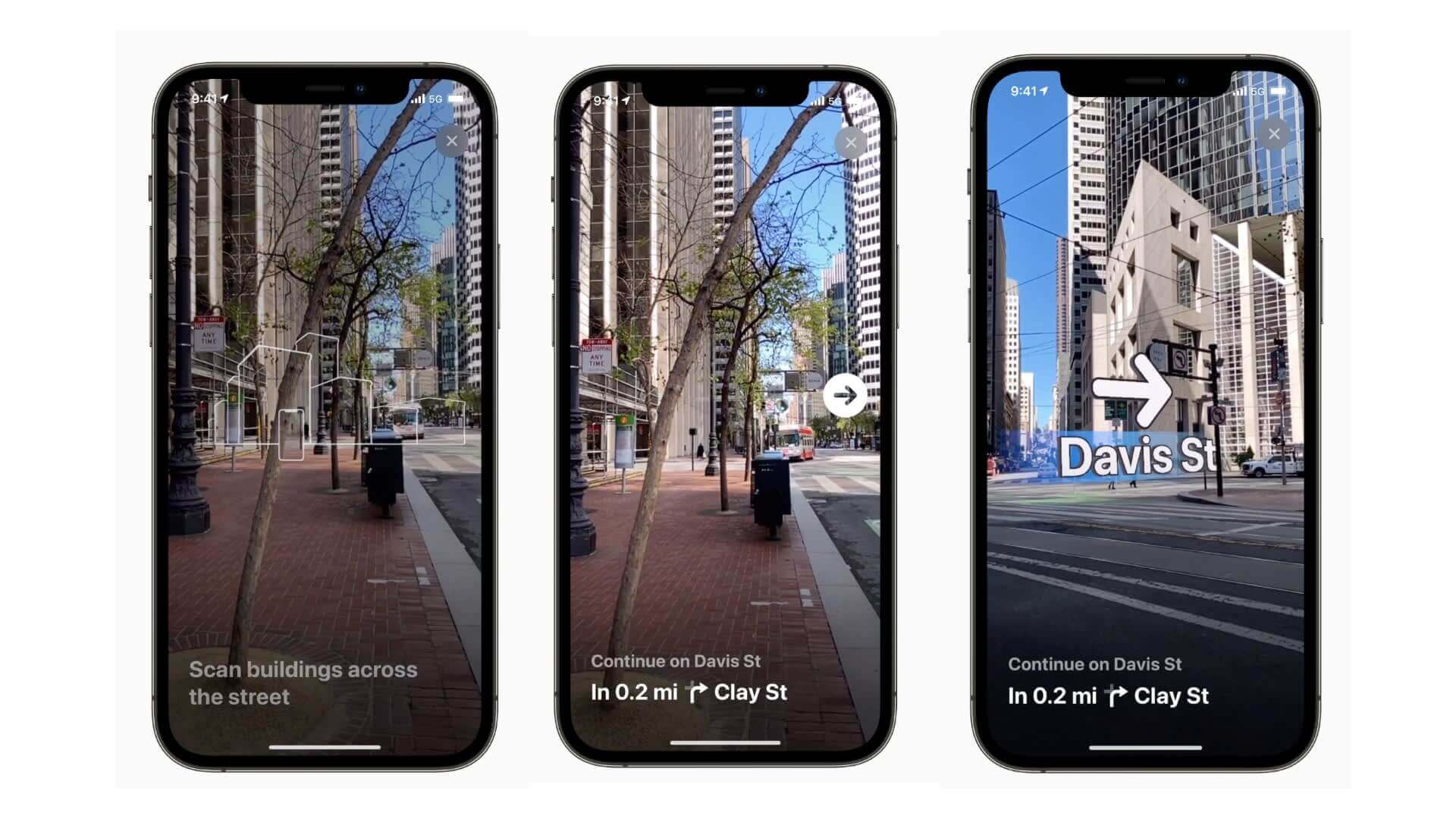 The lodged patent says ““the AR system may obtain pre-generated 3D data (e.g., 3D tiles) from a remote source (e.g., cloud-based storage), and may use this pre-generated 3D data (e.g., a combination of 3D mesh, textures, and other geometry information) to augment local data (e.g., a point cloud of data collected by vehicle sensors) to determine much more information about a scene, including information about occluded or distant regions of the scene, than is available from the local data”. So that’s actually a little bit vague, with lots of “might do’s” and “could do’s”, but what could the iPhone manufacturer actually do with this kind of technology?

Apple may see their system as being the full solution to the navigation/information issue, and having up to date information about your surroundings and points of interest along the way. By engaging with the Apple 3D Sat Nav, the user is likely to get a customizable view of their surroundings and what is around them. The idea is that it could show absolutely everything around you – which could turn out a little, um, distracting.

If you wanted to see the route that you have planned in, plus any fast-food restaurants on the way or in your immediate locale, then that is what you would get. If local hotels were more to your taste, then the system would show those, and could even be potentially programmed to show the number of available rooms and even prices at each one, and instantly updated with current information. You could modify the system to show information that you wanted, and still have road-traffic information such as roadworks, accidents and other hold-ups right in front of you.

How all this data is delivered has yet to be formalised, but you can bet that it probably won’t involve a regular style AR headset, because driving in one of those would be dangerous. More likely, we could see an aircraft style Head-Up Display (HUD) which would project the 3D information onto the windscreen or some other surface, but Apple may come up with something more elegant and impressive.

Of course, there is an argument for not fixing what isn’t broken, and even creating a better mousetrap, but the fact is that current Sat Nav systems are a tad confusing because they don’t show the reality. There are legion stories of people who have been caught unawares by a Sat Nav system that doesn’t fit reality, and send them to all manner of unexpected places. So, the reality is, that current systems are somewhat wanting, and the new Apple patent may just be what we hoped that satellite navigation was always going to be.