One of the best ways of keeping abreast with near future developments is to periodically trawl patent applications and have a look at what the big boys of technology are planning for our futures. Way back in July 2020, Samsung filed a U.S. patent for a new and novel folding screen and hinge device, and now we have the Fold 3 and Flip 3 phone range. Back in 2016, Apple filed a patent for a MacBook-iPhone hybrid, which we may see coming to a iStore near you soon, and Google have recently filed for “Generating vector representations of documents”, which could mean anything, but knowing Google, it’ll be fairly mind-blowing, and alter how we carry out internet searches. But things are hotting up in the world of VR as Apple have recently filed a couple of patents (here and here) that demonstrate the use of finger-worn rings as controllers for VR systems. 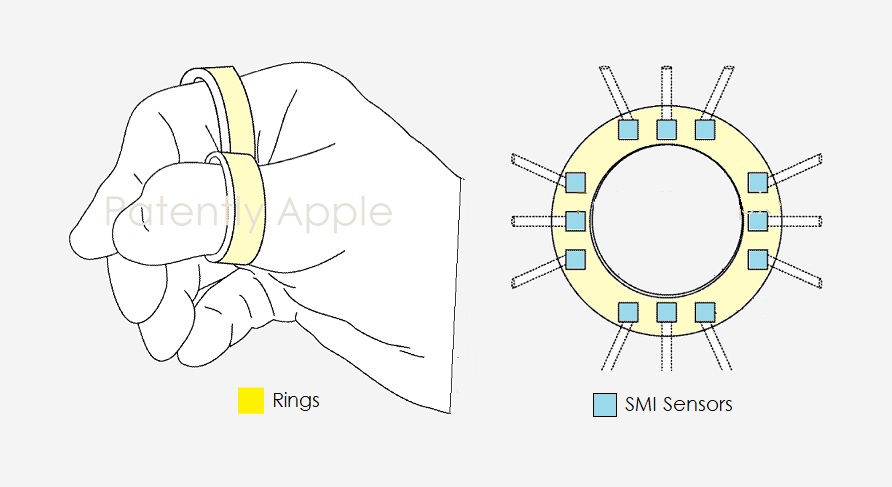 Obviously, growing technologies such as mobile devices and computing get more than their fair share of interest when it comes to new ideas, but even newer technologies like AR/VR are quickly catching them up. One thing is certain; this kind of technology has shown its strength and developers are now more than keen to develop hardware for these devices. The sheer potential for AR and VR in many diverse fields has shown both software and hardware developers that these systems are not just a gaming toy, and there are a lot of very serious applications outside of the gaming world. However, the technology that we are now used to with virtual devices are likely to be little more than a staging point to the ultimate solution. We don’t know how the VR revolution is going to end, but it is starting from a strong position.

Typically, VR headsets employ gaming style controllers that are connected to the central system via Bluetooth. These controllers were fairly simple extensions of more traditional console controllers but dedicated to each hand. They tend to have similar control buttons to Xbox and PlayStation controllers but split between the two discrete controllers. This kind of system allowed the user maximum movement, and the software transformed the controllers into whatever was relevant to the game or app being used.

However, these types of controllers are a bit obtrusive, and prone to damage – especially if you haven’t set a Guardian to prevent you clouting walls and furniture (regular VR users will know what I’m talking about) – and are a tad cumbersome. But Apple’s new Gesture ring patent could be a game changer. 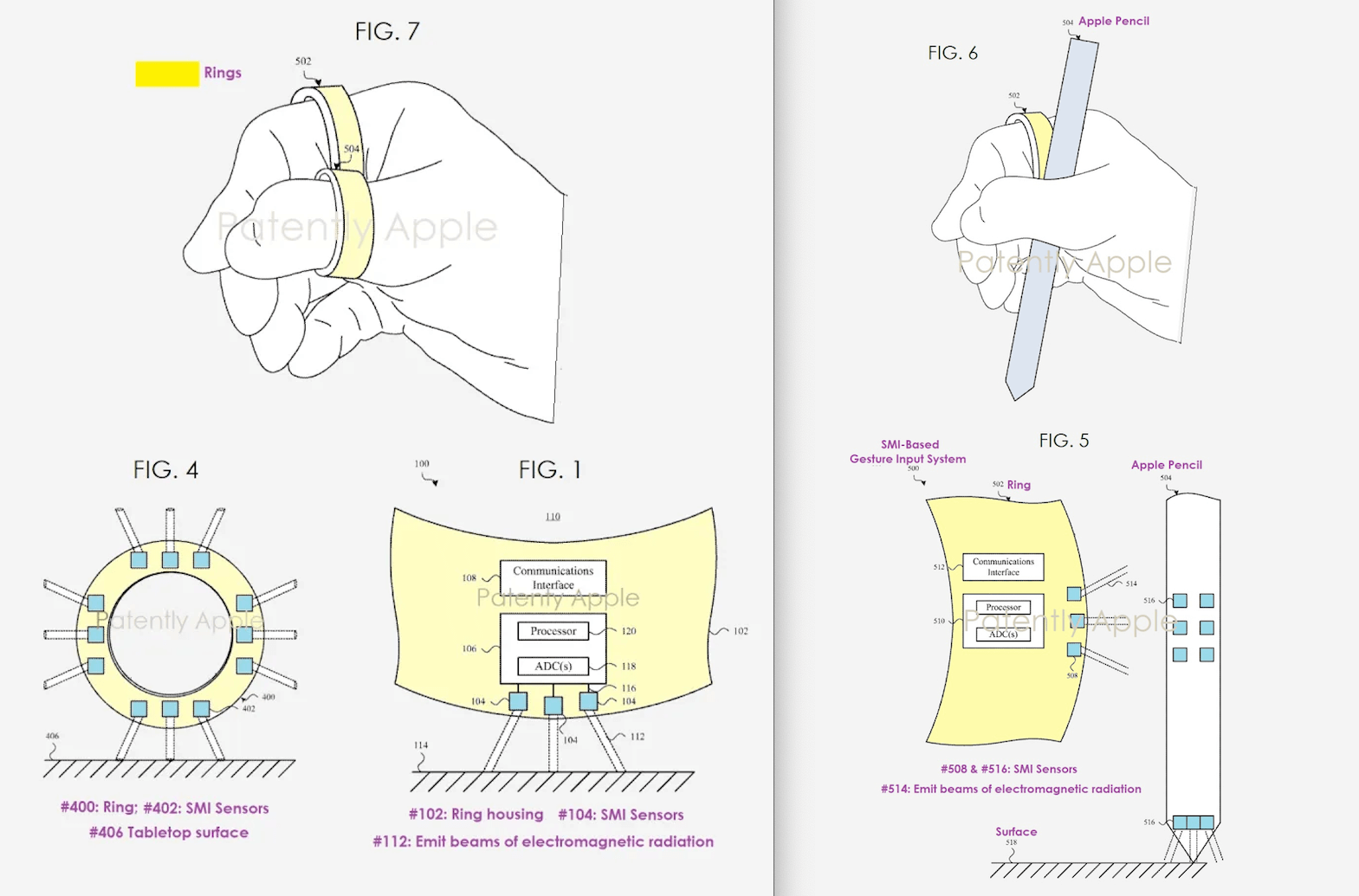 The patent states that Apple is developing methods of detecting skin-to-skin contact, as well as contact between two hands and even between two fingers, which could trigger actions in connected virtual reality or augmented reality environments, taking the place of traditional controllers. The patent also alludes to complex gestures triggered by combinations of movements and interactions between the two rings, as well as skin-to-skin contact.

While a real product is probably a couple of years away, the development shows Apple’s commitment to some kind of VR system in the future, and that can only be a good thing.