AR and VR on Their Way to Alter Modern Medicine

When we think of surgeons, we tend to regard them as highly skilled experts with hands as steady as a rock, but never consider the fact that they were once novices at the game, and had to be trained. While training is usually a long-winded affair, there is a growing potential for new ways of doing this. The operating theatre is already filled with high-tech instruments and cannot possibly have any room for something like AR or VR headsets…or could it? While we are not yet at the stage where a surgeon might use these routinely in an operating theatre, there is certainly a good case for using AR and VR technologies in training scenarios.

Statistically, even a highly capable and well-trained surgeon will need to practice a new procedure at least twenty times before they can be regarded as competent in performing it, and that number could rise substantially with very complex procedures. As surgeons learn more, they push themselves to do more and surgical procedures become increasingly difficult. That makes them hard for others to follow.

Practicing a new procedure on a live patient is very risky and there is no room for error and training is usually a case of a younger surgeon following the direction of a more experienced colleague, but this is time intensive and may take many months or even years if the procedure isn’t common. Increasingly, surgeons are turning to virtual training strategies to hone their skills with a scalpel and bone saw.

There has been a huge shift towards less invasive surgical techniques such as keyhole surgery (technically known as Laparoscopy) in which the procedure is carried out through a very small hole in the skin, and usually with the aid of a miniature, flexible camera. This makes it even harder to train out since the student will struggle to see what is actually going on if they can’t see the screen very well.

But this is where AR and VR can come to the rescue. Supposing that you had a highly detailed 3D model that could take the place of a live patient and train with it using AR or VR equipment? Supposing that you had a partial hologram, mapped from the actual patient and overlaid on top so that you had an effective 3D map of what was needed and how you were going to get to it? Devices such as Microsoft HoloLens are revolutionizing many different areas of science and engineering, and are starting to become essential in highly technical hands-on areas such as medicine.

The HoloLens is a fully untethered, holographic device that allows users to experience 3D holographic images overlaid onto the real world as though they are a part of their environment. Devices like this can help anyone connect with others but takes on a whole new dimension if it is used in the context of work and professional interactions. By having the entire computing power on-board, the device is portable and with a solid internet connection the HoloLens can be used anywhere, and that makes it very useful. Imagine a situation where a less adept surgeon needs the assistance of an expert, and the best in the field is available but on a different continent. In normal terms help may not be possible, but with VR and AR devices, the senior surgeon can not only attend the procedure in a virtual way, but can advise on what to do next.

The potential for using AR and VR tools in a technical training environment is obvious and hands-on processes such as medical procedures – where failure in reality could be the difference between life or death – can be perfected in real-time with the aid of specialists wherever they are in the world. As the technology continues to improve, the ability to use it to ever greater degrees will change the face of science and medicine forever, and that’s great news for trainee surgeons and patients alike. 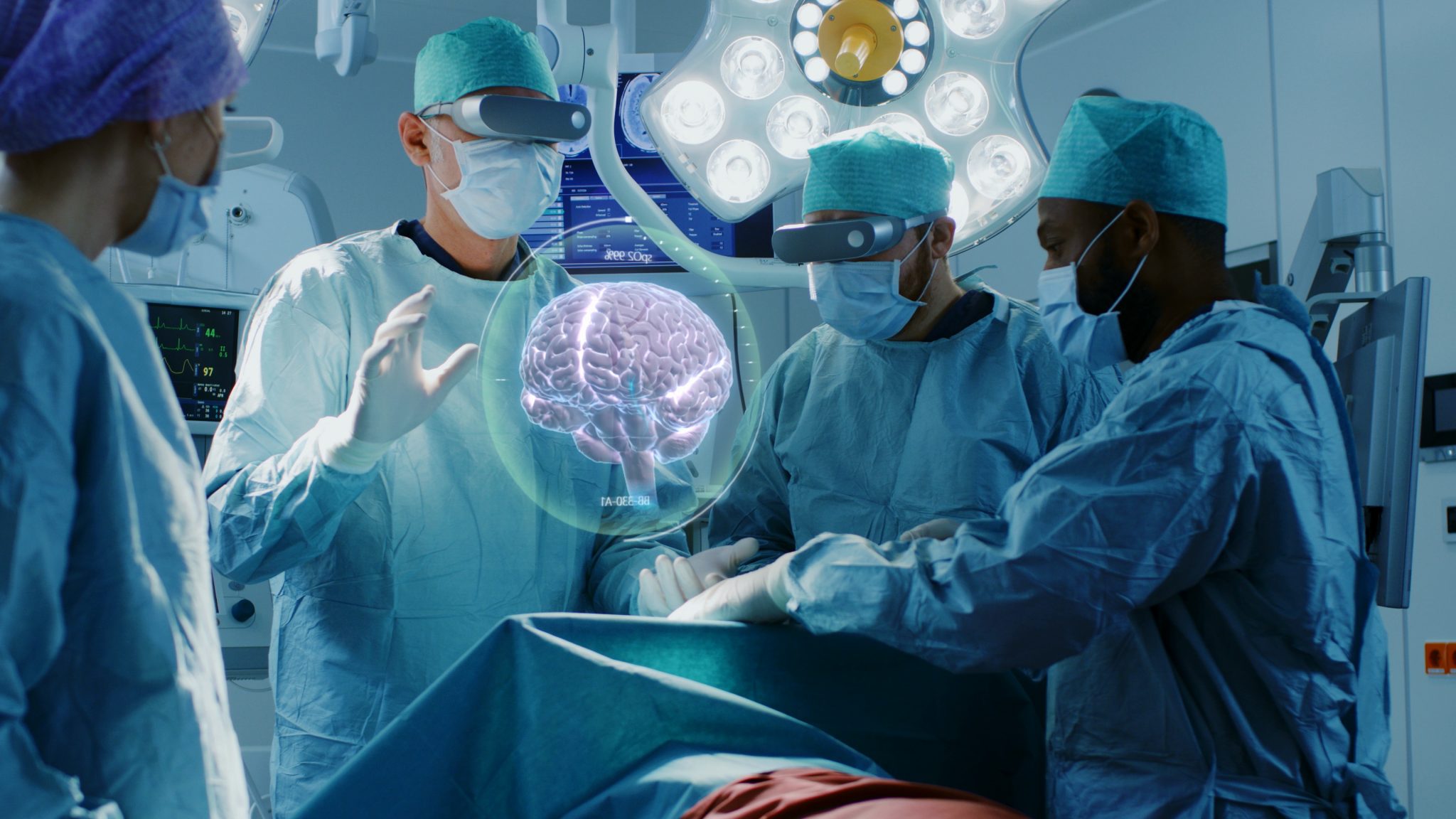