It’s been nearly twenty years since Danish programmer Nicholas Francis advertised for assistance with a shader system on the Mac OpenGL board, and Joachim Ante from Germany responded. After a couple of weeks collaboration, they decided to scrap the individual projects that they were each working on and focus their attention on a new project, and from that the Unity Engine was born.

From the early days of computer processing and game development, they knew that they wanted to build some sort of game technology, but did not know which medium to use for it. Two years later, and together with fellow Danish developer David Helgason, they found their mission: to create the definitive tool for 3D.

True 3D tools at the time were still pretty rudimentary and those wanting to create 3D effects and games usually had to use a variety of programs and media. The trio made it their mission to create a central tool that would help the game developer create something beautiful, but key to their ethos was that it should be simple. Complex solutions generally dissuade people from using them, and that’s no way to create a winning formula. Unity was developed with just one goal: to bring game development to more people than ever before, and it has certainly achieved that.

But how has it changed in its time? Unity was built on the foundation of ‘democratising’ game development; it was always intended to bring gaming to a far greater development crowd than anything before, and to make it a simple to use interface that encouraged development. While it was originally devised for the Mac OSX system, it quickly migrated to Microsoft Windows. It didn’t take long for Unity to become a wide cross-platform tool producing and releasing on more and more devices and consoles, from smartphones to the Nintendo Wii, encouraging the growth of Unity apps and games.

While the initial release was praised for its innovative approach to developing and the way that it encouraged development amongst people who may not be natural developers, from many aspects, Unity was a ground-breaking piece of software, and remains so today.

But it wasn’t just developers who loved the interface; Unity offered artists and designers the ability to create and launch games without the need for detailed coding. Unity is renowned for its artist-friendly features, including:

From it’s inception as a 3D engine, Unity has always aligned itself with the more artistic side of game development and the creation of beautiful worlds. This incredible ability to make extremely and surprisingly good environments, along with a simple user-interface has made the platform one of the most used in the world, and with the Unity team always looking to hone the package, it will only become embraced by more users. 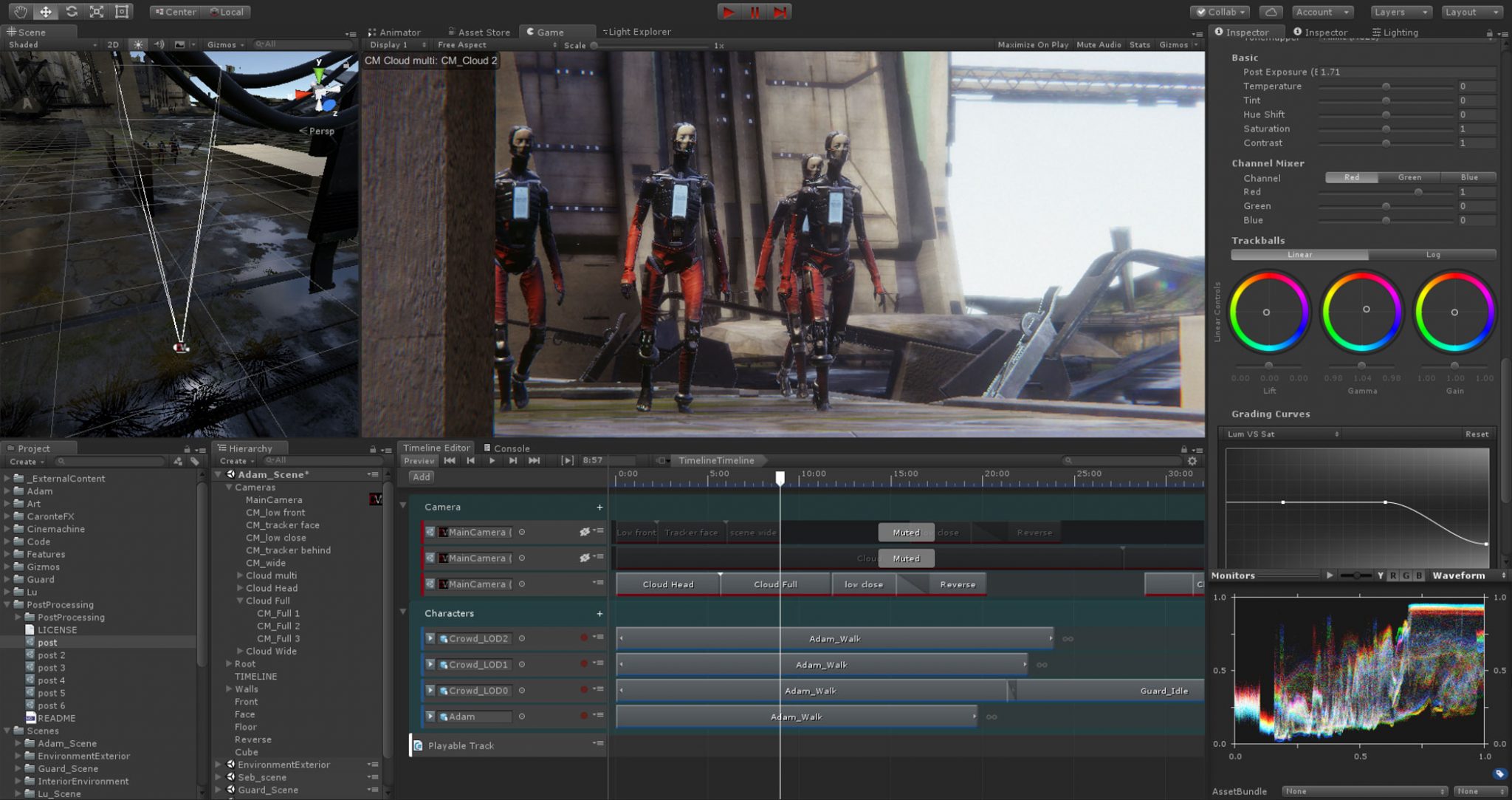