Google Reveals Details about Their Progress on Wrist-worn Devices

Electronic wearable devices – as opposed to wristwatches, which have been around for a not inconsiderable amount of time – have moved on a fair bit from when the concept first hit the news in the early 1990’s. Discounting the desire of many to wear digital watches with inbuilt games and calculators, electronic wearables really hit their stride as microelectronics got smart towards the end of the last millennium.

What started as basic fitness trackers soon transformed into wearable computers, giving rise to the Apple Watch and the Samsung Galaxy Watch, which offered immersive connectivity rather than just time-functions and the ability to measure how low your heartbeat sunk while queuing at the supermarket.

While others have been perfecting head-worn devices to allow our interaction with a virtual or augmented world, Google have been keeping the focus on wrist-worn devices, and it’s starting to look as though they may have a game-changer on their hands…or on their wrists, at any rate.

Rather than just collecting heartbeat data and a salad of body movements to give some semblance of what is going on with your body and the world around you, the new devices – there is more than one – from Google are intended to be a virtual toolbox of wonderful apps to help augment your world. Having acquired brain-computer interface startup CRTL-Labs in 2019, Google are convinced that the future of AR lies with our wrists.

The wrist might seem like a strange place to start, particularly with so many headsets and AR glasses either being available or in the technology pipeline, but wrists have a lot going for them. Headsets are a bit intrusive and when you have them on, you’re not looking where you are going, and voice-activated AR/VR apps aren’t very private. If you are using an app or interfacing through something like a mobile phone then you have another layer of connectivity to get through, and have to cope with any lag that it might have too. Wrist-worn devices though have the benefits of being quiet, stand-alone, and allow you to see the real world around the virtual one too.

Rather than just taking data through the skin, the new Google devices are electromyographic (EMG) in nature and connect with electrical motor nerve signals from your wrists and turn them into digital commands that the devices can then interpret. From these, the device can create all manner of virtual content.

While this might seem a bit haphazard, the system is actually very precise and Google claim that it can easily interpret not only individual finger movements, but their positions too so whatever you do with your hands can be read by the system. Add in some spanking software and your hands are like those of a conductor, directing an orchestra of virtual content for both fun and productivity.

Google is dedicated to making this system work in the most natural way and are developing controls that will respond to twists, turns, finger-snaps and pinches to create a meaningful and adept interface. Software is advancing but Google and CRTL-Labs are confident that they can eventually have something that is sufficiently precise to drive highly complex manipulations simply through hand movements.

Thomas Reardon, Director of Neuromotor Interfaces at Facebook Reality Labs (FRL) says “The goal of neural interfaces is to upset this long history of human-computer interaction and start to make it so that humans now have more control over machines than they have over us…We want computing experiences where the human is the absolute center of the entire experience.”

The system can already reportedly understand typing by hand movements alone, so you can use any surface as a virtual keyboard, though those of us who struggle with touch-typing might get some interesting results out of that.

FRL are committed to this as a technology, and if they can make it work well and for a good price – just like the Oculus Quest 2 – then they are going to be on to a winner. 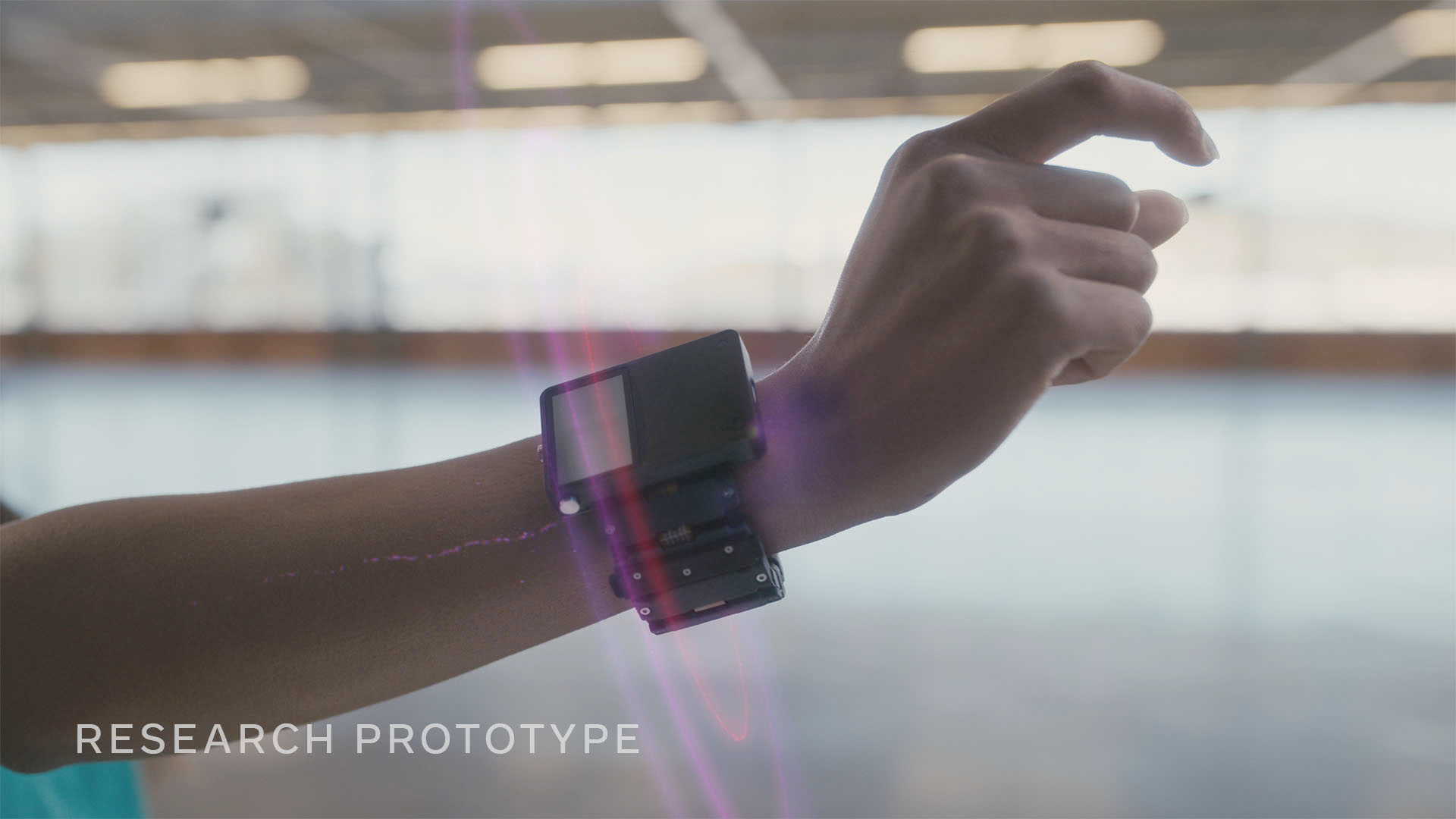 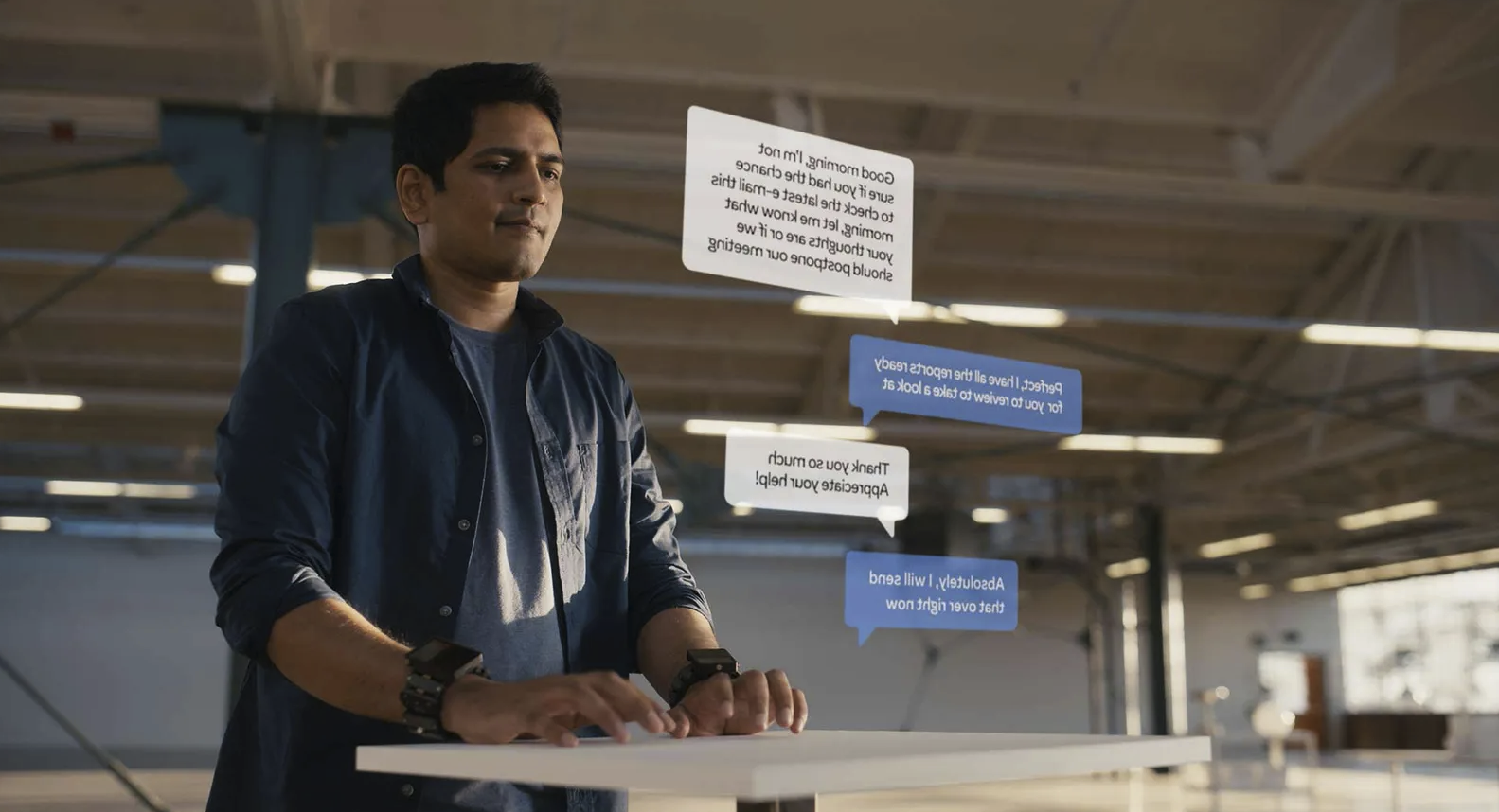