How AR & VR Are Transforming The Real Estate Business

The Real Estate business – that’s buying and selling property to those of us in Europe – is one of those that is ripe for Augmented Reality. The need to view properties both inside and out is essential when buying, but how best to do this in these suitably socially-distanced becomes an issue. Plainly, this is a great case for AR and VR technologies.

Imagine the ability to enter a properly proportioned property and move around it as you please. Provided that the model was to a sufficiently high standard, then theoretically it would be indistinguishable from the real thing. There is two fundamental ways to achieve this:

Once you have your construction – whether by CAD or by real-time video – it becomes simple to upload it to a server or even the internal memory of an AR/VR headset and allow people interested in the property to access the interior for a good look around.

Both of these options are viable, though the video method may be considered the best one since videos are easy to make and can be edited professionally in a program such as Corel VideoStudio to give a real edge to the tour. Additionally, CAD fly-throughs tend to be a set path rather than an open world walkthrough so the potential client would be forced to follow that path rather than being able to go where they wanted. However, that may be sufficient if you simply want to give the client a taste of the property ahead of an actual visit if they are still interested in it.

But AR and VR have many other potentials for use in property too, and AR in particular when it comes to upgrades and renovations. Imagine if you purchased a property in need of an update or even significant renovation. Being able to visualise what the changes or rebuild would actually look like is a great way to get it right the first time, and even convince potential investors of the validity of what you are doing. Using AR headsets like the HoloLens or Magic Leap One you can overlay modifications and improvements, constructed in one of the architectural apps onto the current environment and have a look at how good that back extension, or open plan area might be without having to do the hard work.

But apart from this improved decision-making process for local customers is the ability to make property sales truly international. Want to move to a different country? Then you really do need a virtual tour not just of potential properties, but also the outlying area. The rise of 4k in 360° video means that with a good AR or VR headset, you can experience walking down Las Ramblas in Barcelona or Marszalkowska Street in Warsaw.

Real Estate is one of those business areas that is crying out for decent AR/VR input because there are so many aspects of it that can benefit from virtual input. As the technology gets better, and the graphics improve beyond the excellent state that they are already at, the process of finding, buying and improving a property anywhere in the world will be improved immeasurably. 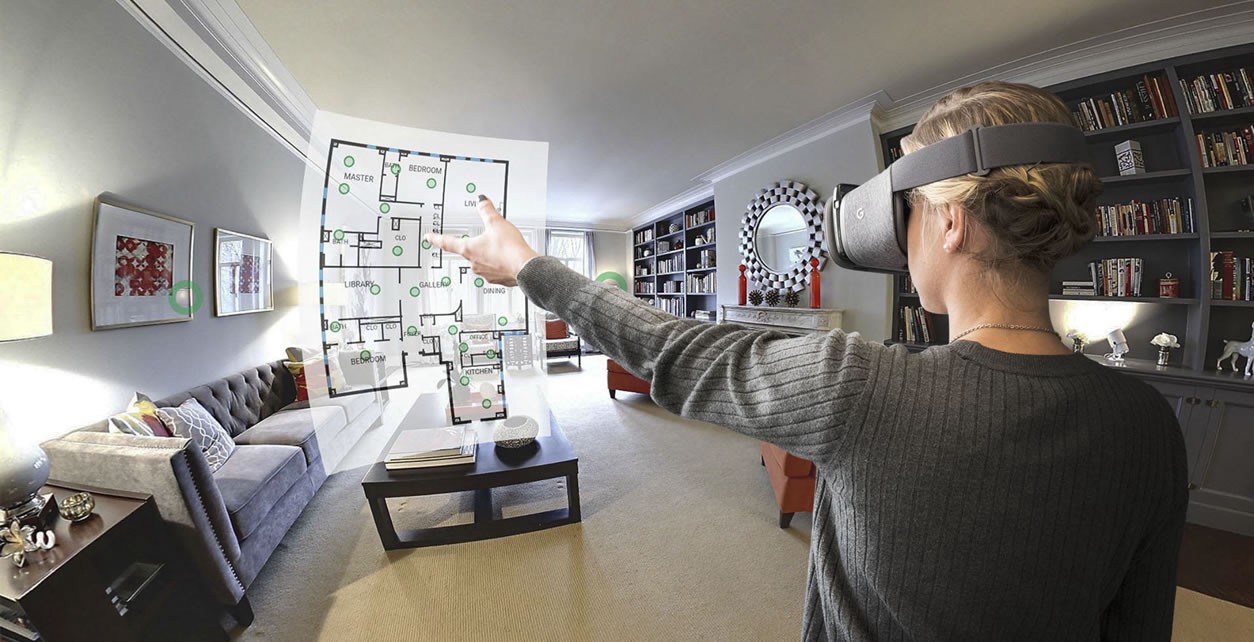