How Extended Reality is Transforming Museums and The Way We Experience Them?

The world has wonderful treasures from every age that it is well worth travelling the world to see. But to do so, you could spend what may amount to many thousands of pounds in airline tickets, hotels and entrance costs. Of course, you would also have to pick which artifacts and art works you really wanted to see, but you will definitely want to catch The Mona Lisa in the Louvre, Michelangelo’s David at the Galleria dell’Accademia in Florence, Rembrandt’s De Nachtwacht at the Rijksmuseum in Amsterdam. You will also want to drop in on the Nefertiti Bust in Berlin, the Picassos of New York City, and the Imperial army soldiers in China. There are just so many wonders to see in the world’s museums and art galleries.

You could crisscross the world almost endlessly to experience these and many other historical wonders, or you could just don your XR headset and save yourself a fortune. Virtual tours are now the way to see the world’s treasures, and with graphics resolution and computing power getting better and better, headsets are delivering breathtaking experiences.

Operating under the banner of Virtual Tourism, this notion is helping people to see the world’s most spectacular art forms from the comfort of their favourite armchair. Driven by advances in technology – primarily XR headsets and 360° cameras – this is a growing market being fueled by an increasing number of people who feel the need to record their excursions and post the content online. From there, anyone with a compatible XR headset can view the videos, and with increasing professional editing tools available, these can become highly polished productions.

But beyond the casual video users posting slightly dodgy content on YouTube, a growing number of institutions are also taking an interest in showing their wares online, and the real winners are the art gallery and museum lovers. Institutions such as the Smithsonian in Washington are now creating highly professional video tours in 360°, and following a well-edited walkthrough of all the best that the museum has to offer. Similarly, London’s Natural History Museum has recently launched a virtual tour to show off its marketing as a social venue as well as a museum of antiquities, demonstrating the power of this kind of entertainment. The Vatican has been quick to take up this technological leap forward and have posted the content online, giving armchair travelers the ability to peruse this fascinating world seat of Catholicism.

Other notable virtual tours include the Picasso Museum in Barcelona, the Guggenheim in Bilbao and, for those who prefer their virtual tours a tad more science based, NASA runs a huge and growing number of virtual tours of their facilities and some of their more exciting test systems.

The main difference between these and the YouTube content is the sheer professionalism of the current crop of virtual tours. Constructed by video-crafting experts, these are scripted and edited to tell a story of the artifacts and really bring the exhibits to life. With prepared camera angles and well-rehearsed scripts, virtual tours have a level of professionalism that is more akin to something out of Hollywood. But the real advantage of virtual tours is the ability of the viewer to access them as required. And if you find something really interesting, you can go back and view it again. Try doing that when being rushed around on a real tour.

But how are museums actually employing this kind of virtual technology inside their establishments? Many forward-thinking galleries and museums are using the power of XR to enhance their exhibits. The National Museum of Singapore has recently installed an immersive installation called the Story of Forest in which smartphone users can use an app to interact with animated animals from the Malay Peninsula from the 19th-century. 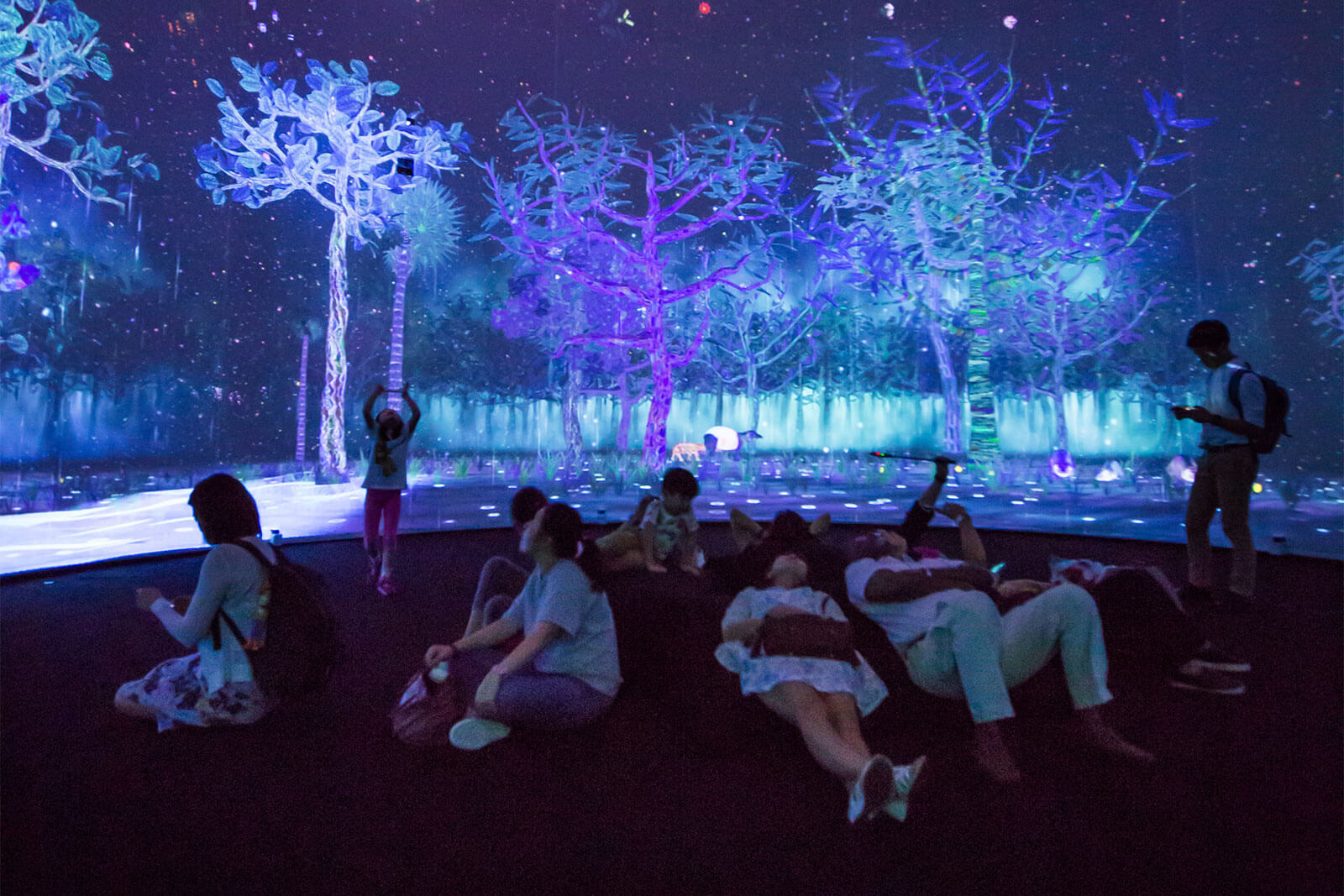 Over at the Smithsonian, there is an installation called Narwhal: Revealing an Arctic Legend, which invites guests to explore icy Arctic waters from the perspective of a narwhal. Also at the Smithsonian is the ability to experience a 360-degree view of every room and every floor via VR, which rivals the physical tour.

Of course, virtual tours have really come into their own during the many lockdowns that we have endured, and institute owners have spent the time making polished tours that really bring out the best of their establishments, and all without the crowds to get in the way too. There, who said that COVID didn’t have a positive side?