How VR Contributes to Space Exploration and Astronauts Training

Much of what goes on in the world of VR is based on gaming and entertainment, but there is a much more serious side to the technology that promises to change the way that we work and assist with an increasing number of tasks that would be difficult in other ways.

We now routinely have VR being used in the construction, medical, and even defence industries, where it helps people integrate with environments that may be too costly or too dangerous to do so in real life. VR gives architects the ability to construct a building and walk through it without ever having to lay a single brick, and allows surgeons to review difficult procedures without having to make a solitary incision. And in military circles, you usually only get one chance to carry out an operation, and it’s definitely not an occupation where you want to be learning on the job. VR helps in all of these situations and is starting to become a huge influence in many other areas.

The latest industry that is taking advantage of the power of VR is space technology, and to be frank we’re at a loss to understand why it’s taken so long to get there; when you think about it, space is an ideal application for VR and it will completely modify space exploration and training.

The problem with carrying out almost any kind of mission or exercise in space is that it is inherently dangerous from a number of points of view. It is an area in a powerful vacuum, and at lethally-low temperatures, the threat of solar radiation is immense, and if the small pieces of space junk that float around don’t get you, small rocks and dust travelling at speeds of up to 17,000 miles per hour could well do. People speak of deep-sea diving as being a harsh environment, but the depths are pretty cosy compared to space. But with a growing presence in near-world environments, and a growing number of projects further afield, it is an environment that we are having to confront with increasing regularity.

VR is a powerful tool that can have many applications in dangerous environments, but the two key areas where it has an obvious advantage are training and repairs. It is difficult to put a cost on astronaut training, but assume millions of pounds and you could be getting close. The problem is that there are so many different disciplines used in space that people specialise and training varies accordingly. Regardless of the speciality though, training is long, expensive and mostly ground-based because of the expense of actually getting people into space in the first place. So, simulation is a big part of training, and that is where VR excels.

Of course, some of the more fundamental aspects of space – such as weightlessness – are difficult to replicate on Earth, though agencies such as NASA do well enough with their Active Response Gravity Offload System (ARGOS), but others are easier but potentially expensive. Here is where VR can really make its mark, and the simulation of specific tasks can be enriched by adding the realism of high-definition 3D models. VR boosts the ability for astronauts from all over the world to meet up and train together in a virtual environment, reducing the need for them to travel great distances to take part in group sessions.

In fact, organisations such as NASA are starting to take VR so seriously, that they have invested huge amounts in bespoke facilities that take full advantage of the technology. The NASA Virtual Reality Laboratory (VRL) housed at the Johnson Space Center is an immersive training facility that provides real time graphics and motion simulators integrated with a tendon-driven robotic device to provide a realistic kinaesthetic sensation to operations. In this way, they can simulate mass and inertia characteristics of any large objects that the astronauts may need to handle in real life operations.

In space, apart from not being able to hear screaming, you normally only get one shot at a task and if you get it wrong, then it can cost millions of dollars and possibly lives too. Practice makes perfect but it has not usually been possible to do. The power of VR, however, is helping astronauts’ perfect operations, making the whole process of space exploration and colonisation a much easier task. 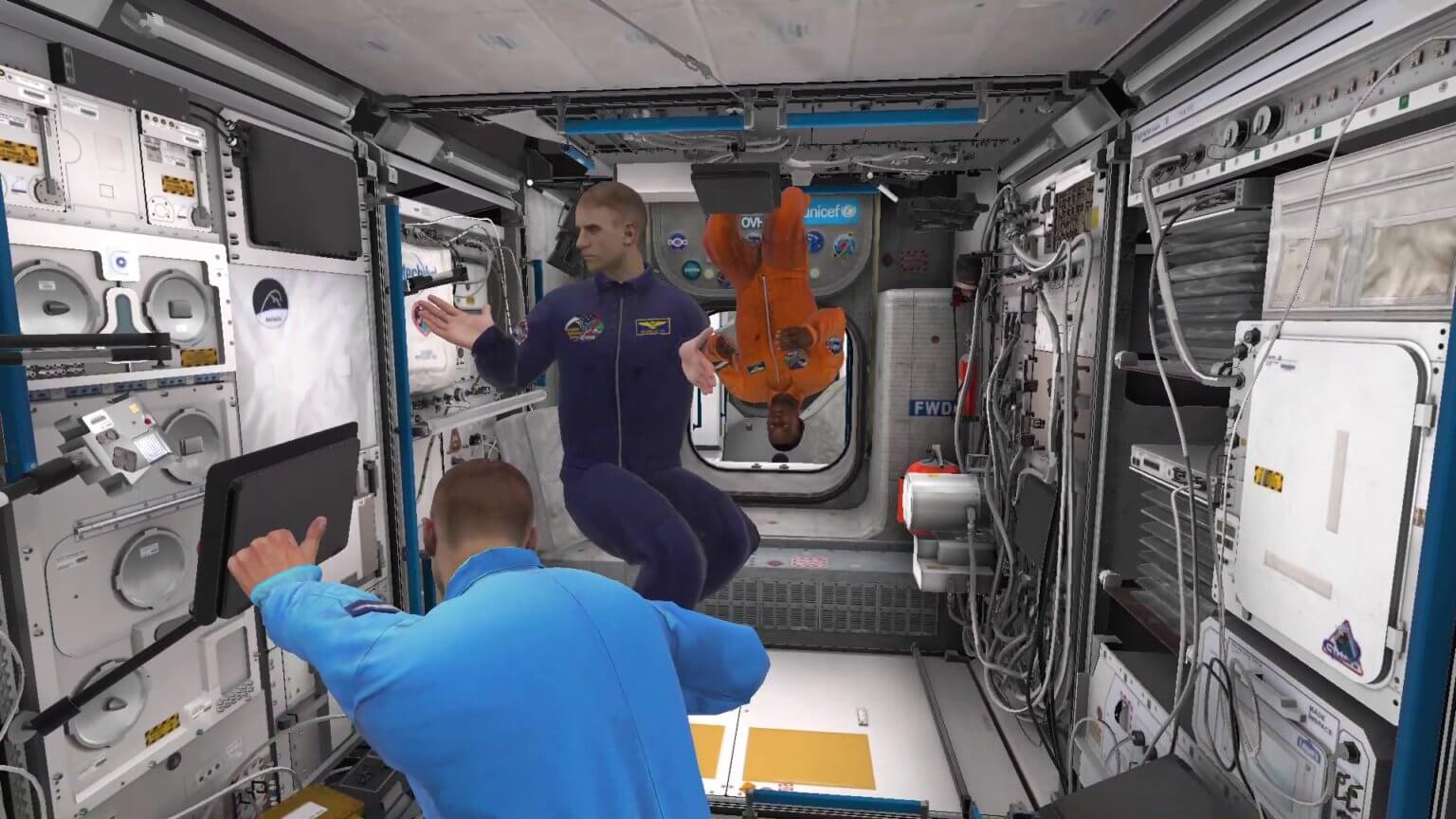