How Wearables Will Power the Next Phase of Workplace Productivity

The workplace is always evolving as new technology comes along. Some of it is good, some less so, but there is little doubt that the future of wearables in work is looking bright, and are a real option for making our working lives easier.

The wearable technology market is huge and still growing. Many market commentators believe that the wearables market will be worth in excess of $54 billion by the year 2023, and it is likely to become even more entrenched in our lives. The general consensus is that companies that are slow to take up wearable technology are going to not only miss out on business, and be hindered in operations, but are also likely to struggle to attract new employees. Research by PricewaterhouseCoopers has found that millennials are far more likely to be attracted to a company and a role which includes wearables at work, and that is only going to grow as wearables become more commonplace.

Wearable technology in the workplace covers a huge number of scenarios, ranging from simple step monitors through smart clothing to deal with changing situations at work and on to smart glasses that employ augmented reality overlaid on the real world to help employees do their job. And with smart wearable devices being well-defined and almost pedestrian nowadays, it is these two categories where the bulk of the development is taking place.

Smart clothing is already starting to take over from simple monitor bands, and with the sensors located in the clothing being next to a greater area of skin, you get increased accuracy in readings. But this is only the tip of the smart-clothing iceberg; in 2014 – six years ago, already – we saw Anouk Wipprecht’s “Synapse Dress” which was made of a new material that was able to not only log the wearers movement, but could also respond to their mood and change colour accordingly. While this actual application may be of only limited use in a workplace, the technology behind it is just the start of something big!

Smart materials and clothing also encompass communications and the ability to make calls from embedded technology within the fabric. They can also have sensor arrays that note when the wearer is in danger of overstretching themselves and have to potential for an injury. Instant communications can then let the person know that they are in danger of damaging themselves through trying to lift too much. In this way, smart materials will act as both monitors and watchdogs, and should go a long way to preventing many workplace injuries.

But the big area of smart devices in the workplace is likely to belong to AR glasses, and their ability to overlay computer-generated content on the real world. Being particularly useful in creative areas of work such as engineering, design and architecture, the possibility of seeing how a new design will look without having to actually create it is a huge benefit. 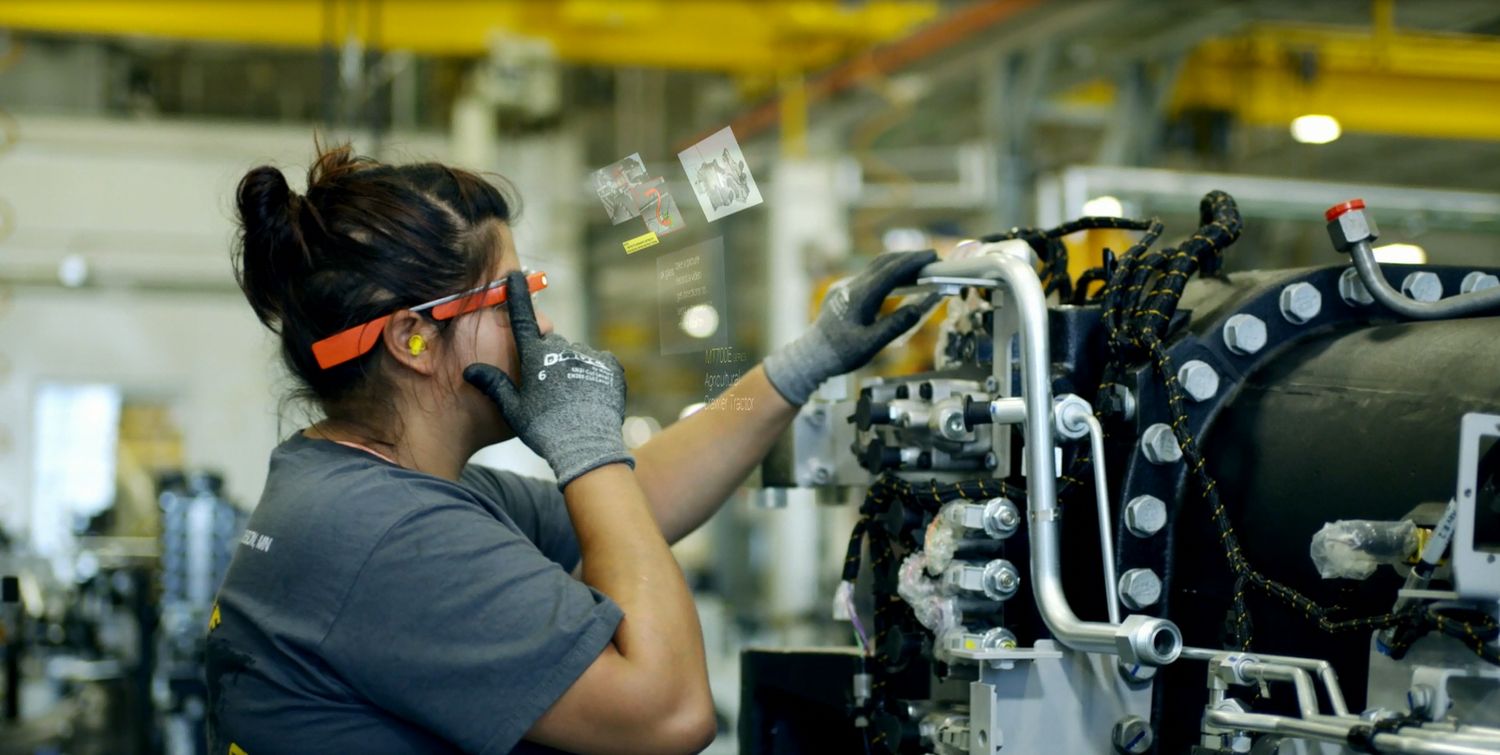 AR will also help in fields such as surgery and even retail where it will be possible to envisage procedures and have a close look at a new product before you buy. There are few areas of business, commerce, and healthcare where AR won’t be a benefit, and this will also translate into manufacturing and even service industries too.

All of this development will require huge software development, and that is where Unity Developers come in. We are a specialists who are at the forefront of creating Apps for all types of smart device and AR glasses. Let us help you create your smart device App.