With the prospect of another COVID Christmas looming, we all need a little something to cheer us up a bit and make the festive period special, and if you live in Ipswich – the county town at the heart of Suffolk – then it’s going to be extra special this year.

While the normal array of festive lights and rotund Santa figures will be much in evidence in the usual Christmas paraphernalia, if you plan on visiting the market square, you could be in for a rare delight. The historic Cornhill town square frequently plays host to events from music acts to seasonal markets, and brings in crowds from miles around, but this festive season, there is another reason to visit the Cornhill, and it’s powered by Augmented Reality.

UrbanXR, in conjunction with Unity Developers have put the magic back into Christmas with an augmented reality experience to blow your festive socks off!!! The experience sees a virtual Sammy the Reindeer start a Christmas-based experience as he joins Santa to take a test flight around the famous square, and finally fly over the roof of the Town Hall, as they pelt off to deliver all of those presents. And you can watch it all unfold in glorious AR detail via the iOS or Android App, but only if you are in the Cornhill! 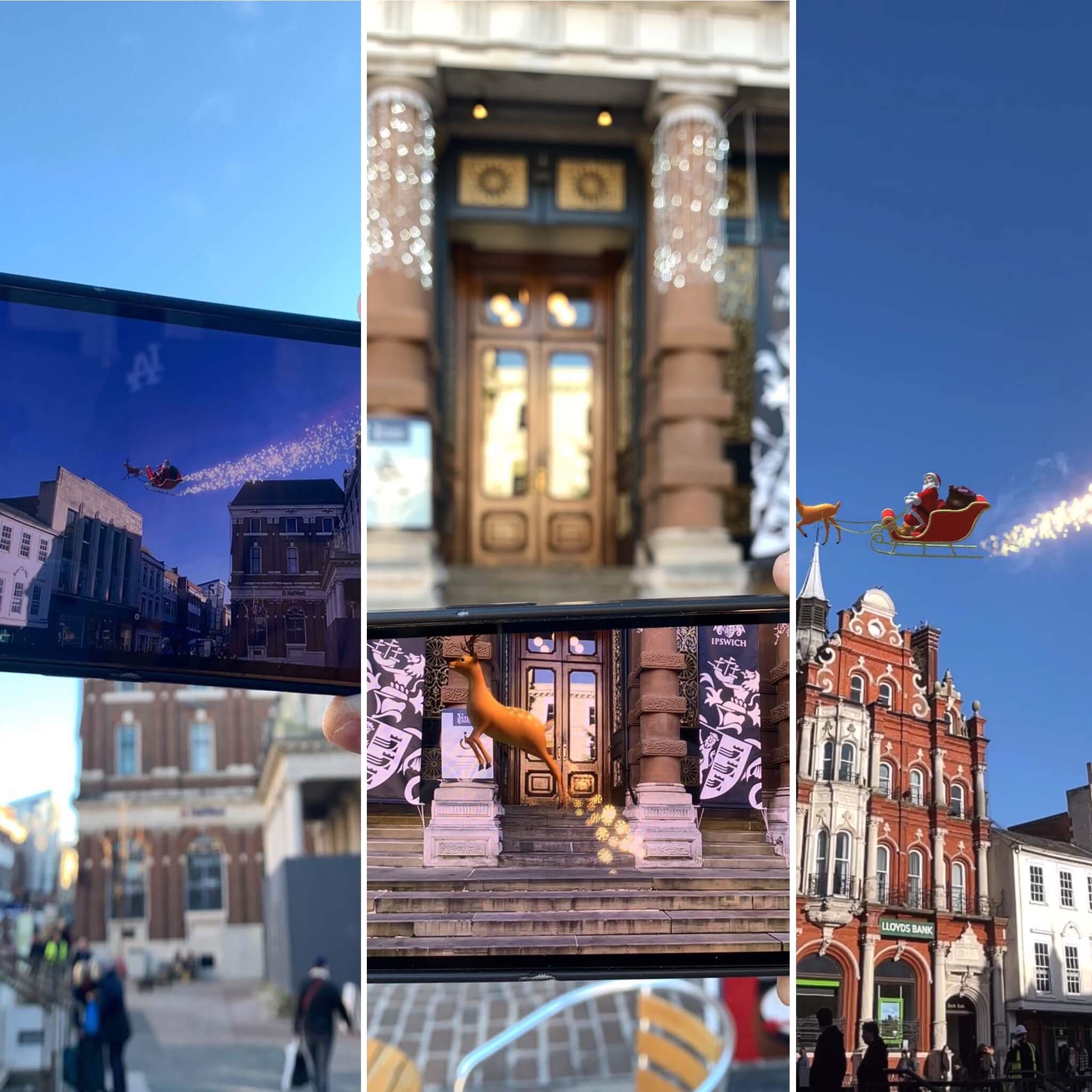 Urban XR is a multi-skilled collaborative business comprising urbanists, architects, and software developers. Their team is committed to making cities more resilient, flexible, and pleasant via the integration of urban planning for towns and cities with experience in the creation and implementation of augmented and mixed reality. And there is nothing like Christmas to really show off your AR skills. Technologically, Cornhill Christmas is a huge leap in how AR features interact with the world and the fact that the app is triggered by architectural features alone makes it a much more sophisticated deal that pushes the boundaries of what AR can do and how we use it.

The prospects for this identification and triggering technology feature is enormous. Using enabled AR features the user could be presented with all manner of information about specific areas or buildings. This could range from safety information, or technical data right through to historical facts or even fun elements like the Cornhill Christmas app; it could all be possible just by pointing an AR-enabled device at a particular building or feature. And while the technology is currently a mobile phone app, the same technology could be triggered for users wearing any AR devices, and even from a part of the metaverse experience.

But why stop at urban features? The potential for this kind of technology could be extended to almost any physical entity on the planet; how about looking at the remains of the Pyramids of Giza or the Lighthouse of Alexandria and see how they would have been in their prime. How about having an interactive tour of Stonehenge as it was when first constructed. There is so much potential here that it is actually quite bewildering.

While the app has been created by UrbanXR and Unity Developers, it is actually the product of a number of different collaborators. The final product has taken a lot of development, designing and planning and the app has been carried out as a collaboration between a number of numerous field experts, such as Friel, Eggbox Studios, Uxcambridge, and Norwich-based musician/producer Andy Robinson. In addition, the team had help from All About Ipswich, #smartcities, and #augmented reality.

If you do happen to be in this ancient Roman town around Christmas, download the app to your phone or a connected device that your children might own, and let them experience this joyous interactive festive feast for the eyes.

Featuring a combination of colourful eye-catching graphics and sleek animations, the app makes Cornhill Christmas fun to watch again and again, so start looking out for more ventures like this coming to AR experience near you, rather than being confined to the wilds of Suffolk!! 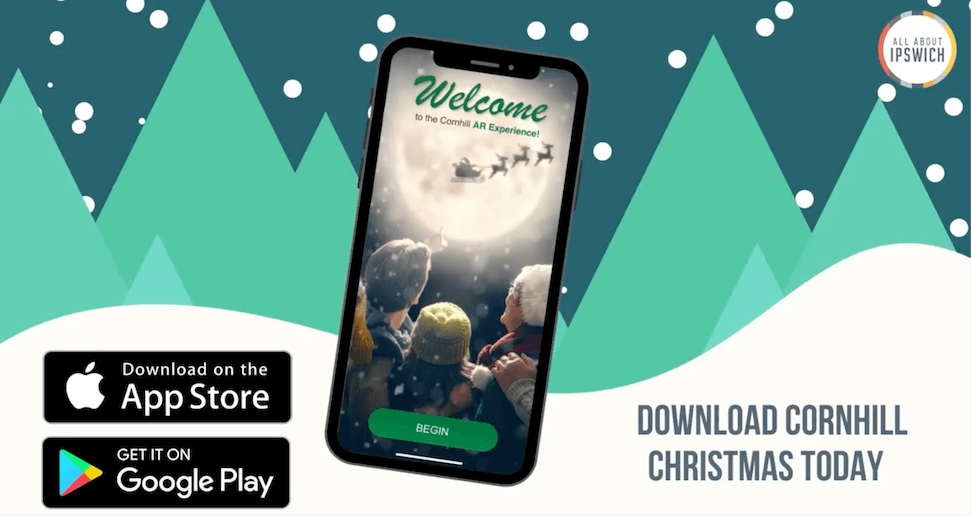