The Evolution of Gaming – What Has Changed?

Way back in 1943, Tom Watson the then head of IBM, said “I think there is a world market for maybe five computers” and has been derided for it ever since. In fairness, looking back, he was taken a bit out of context; computers of the time were the size of a medium-build Californian Condo, and lacked any kind of cohesive operating system. They were simply number generators that needed an army of technicians to interpret the results. They wouldn’t even play Pong, let alone PacMan!

Gaming has been one of the major driving forces behind computer development, and the need for more power and better graphics (and sound too) has pushed chip and system manufacturers to new limits. Twenty years ago, we were hunched over our 1 GHz AMD Athlon powered PC, with 256MB of 100 MHz SDRAM, a 40 to 80 GB hard drive, a GeForce 2, and a generic sound blaster compatible sound card, playing The Sims (original version), Tony Hawk’s Pro Skater 2 and Escape from Monkey Island (which sounds idyllic – not sure why you would want to escape from it). Today, we have much better tech.

Step forward to 2020, and we have games like, um, Doom, The Sims, Call of Duty: Warzone, and Resident Evil 3. Okay, so they might sound like old games – and they are based on the originals from a couple of decades ago – but the systems that they are played on, and the playing experience are beyond the dreams of gamers from twenty years ago.

Call of Duty is now a fast-paced lifelike event, Doom is an exhausting offensive against droves of Hell’s Legions, and Resident Evil is just plain terrifying, especially when played as a VR experience…! But is it better?

Back in the days of the Commodore C64 computer, gaming was pretty much platform-game based. Flat, 2D characters negotiated a range of obstacles to get to some treasured item, or princess, if you were Super Mario. Indeed, Shigeru Miyamoto’s famous Italian plumber remains just as relevant today as he did twenty-thirty years ago and character or series popularity is a major driver in game development. So far, Mario has been in a bewildering number of titles and his popularity shows no sign of abating as he appears on the next generation of consoles. Following along in the footsteps of Mario, the Prince of Persia franchise keeps rolling along, adding credence to the notion that once a character or title earns the endearment of the gaming public, developers can just keep churning them out and still get a payday.

But this doesn’t necessarily mean that improved computing power and graphics really sells to the extend that we are led to believe. Mario and his friends, being cartoon, have never really sold on the basis of their increased lifelike appeal, and there is evidence that better graphics doesn’t actually make a better game. Take Doom, for instance. Back in 1995, as a first-person shooter (FPS) Doom reigned supreme. Sure, it was blocky, but it was fun! Move forward to today and Doom is a true horror game and while it has a huge scare element, it has lost a lot of its sheer playability and fun that goes with it. And the same could be said for many newer games; they look great, but they are missing a lot of the essence of older games. 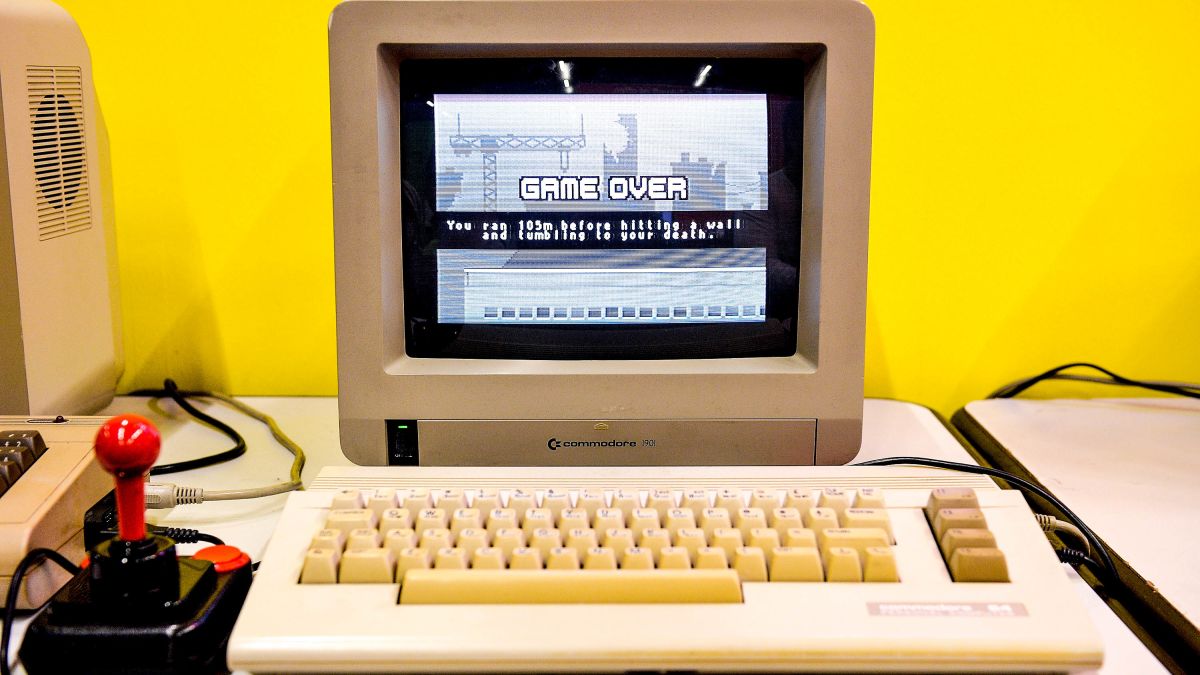 So, do we really need all this extra computing power? Are the classics still the classics regardless of how well rendered the models are, and how lifelike their environments? Maybe it’s time to step back to the Commodore C64 – we’ve got one in the office if you want to come round and play it!