Virtual, Augmented and Mixed Reality for Defence and Public Sector

The virtual, augmented, and mixed reality technologies are quickly becoming grouped under the umbrella term of Digital Environments, and are becoming increasingly important to many different industries. While there are as many different potential fields of deployment as there are applications for alternate reality devices, undeniably, one of the most promising is in areas where it may be dangerous or unpleasant for people to routinely operate in, particularly when training to do the real thing.

Using AR/VR to reduce exposure to hazardous environments in training is a win-win for everyone involved. Imagine trying to train out certain functions within the nuclear industry, where the trainee is against the clock in terms of exposure to radioactive materials. The job has to be learnt, but the learning either has to be done within the risky area, or the student has to be trained via videos and written materials, neither of which are ideal as a substitute for the real thing. Of course, the obvious risky application for VR/AR is defence, and the military are already excited about the possibilities – in fact so much so that VR is now a routine part of military training regimes.

In the UK, all three services – Army, Navy, and Airforce – have made a commitment to digital environments, and are now including these as a routine part of their training systems. By incorporating virtual systems in training packages, defence is able to introduce trainees to situations which might otherwise be too dangerous to approach in the standard way.

Using virtual reality simulations enables trainers to put their class through their paces but without the risk of death or a serious injury. They can re-enact a particular scenario, for example engagement with an enemy in an environment in which they experience this but without the real-world risks of opposing gunfire. Add in haptic bodysuits to simulate bullet strikes and we are really talking!!! This has proven to be safer and less costly than traditional training methods and is now becoming one of the main routes to delivering training in different military areas, including battlefield simulation, combat scenarios, vehicle simulation – including flight simulation – and combat medic roles. 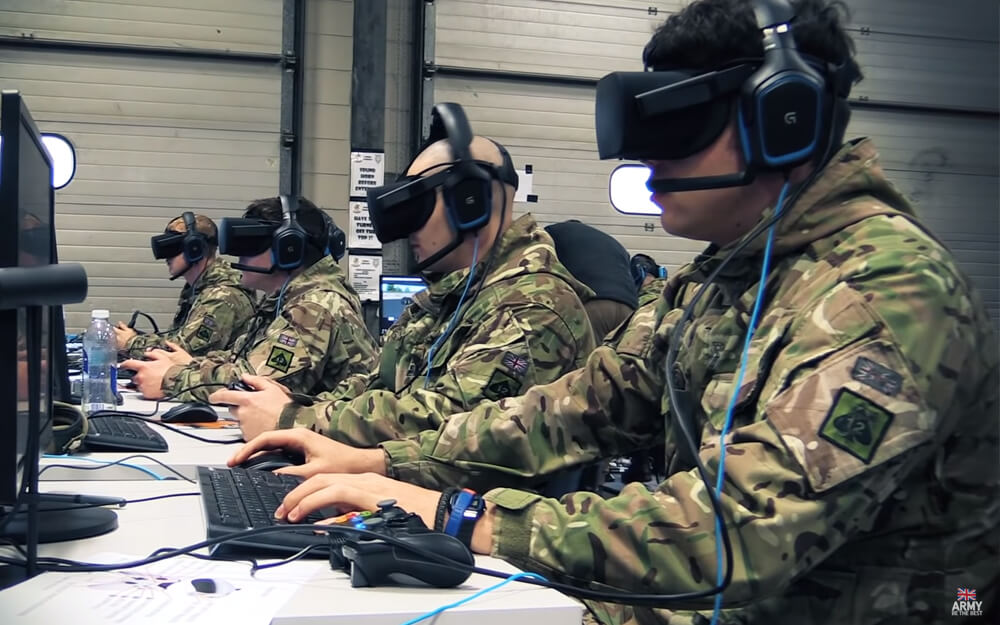 Having seen the benefits of AR/VR in military training, many Governments have now fully embraced it. Currently, the US Government spends around $14 billion per year on both AR/VR equipment and training scenarios using this kind of technology, and that is only going to rise as the advantages of training out elite tactical operations from the relative safety of a combat hanger or other environment. The adoption of digital reality is growing across the defence forces and the industry. Digital reality technologies across the globe are used to develop applications to train soldiers and medical professionals. Why put people at risk while training them for risk? AR/VR cures that.

The face of warfare is changing, and becoming less about large armies meeting on a battlefield and more about security forces seeking out and repelling smaller numbers of covert combatants, who are more attuned to using sneak attacks and secreted explosive devices. Homemade bombs – improvised explosive devices (IEDs) – are among the world’s oldest types of weapons and their use is growing amongst opposing forces and terrorist groups. While they are improvised, they tend to have certain components and follow certain design rules, but can be quite flexible in how they are constructed.

Now imagine a scenario where a bomb-disposal technician can be trained on defusing IEDs via VR and AR so that they can make their mistakes in the training room rather than in the field, where a wrong move can get them blown up. And this same argument can be applied to many other areas of the military, where even the most casual operation can be regarded as being riskier than anything in everyday civilian life.

AR and VR are becoming increasingly immersive, and this will help today’s military fight smarter, not harder. The growing number of richly-defined apps are just the start of what is possible, and with something like the military, with all the money it has to spend, buying in on the notion, the development of even better apps and experiences is assured. These will, of course, feed out to the general public in some form, making our experiences all the more real.

In a weird reversal of real life, by getting the military involved in AR/VR, it could get a whole lot better for all of us. 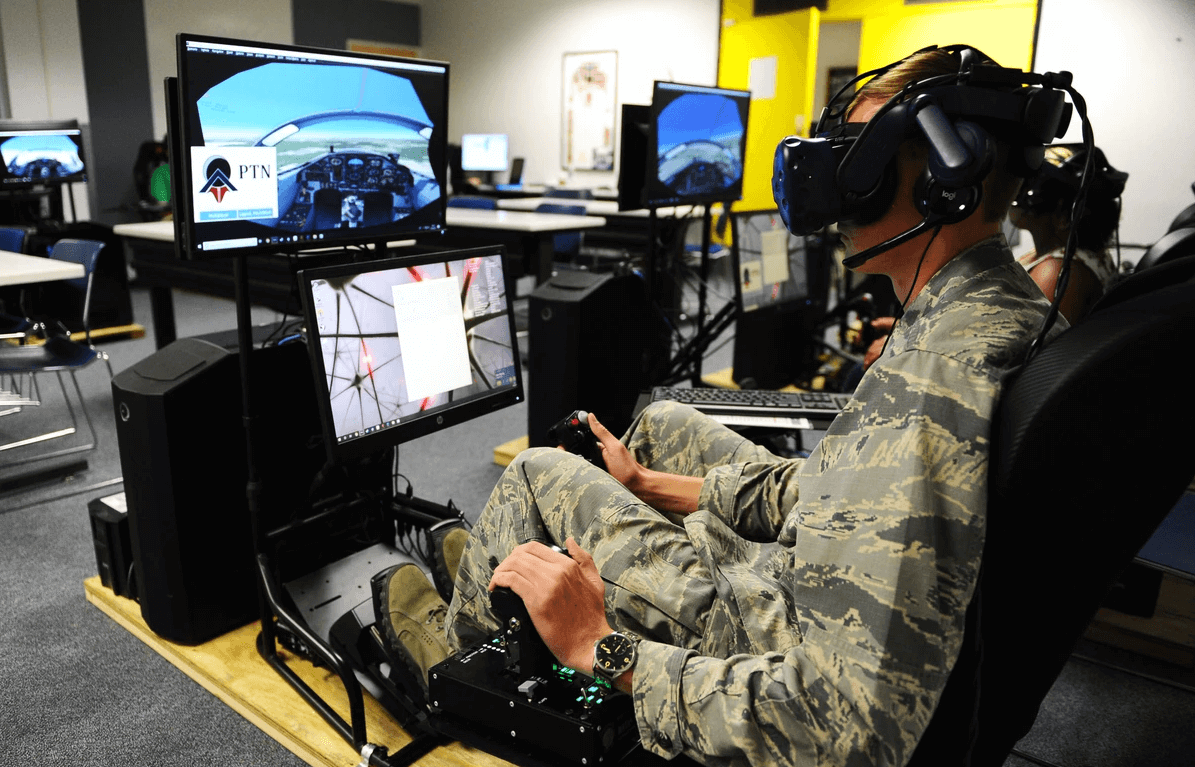