Will The Metaverse Eventually Replace The Internet?

While the history of the internet is relatively short, with a great number of living people able to remember a time when it didn’t exist as an available resource, it has been pretty spectacular in its impact.

It became a commercially-available entity around the mid-1980’s with the development of reliable ethernet products and the launch of the domain name system. With those two elements in place, suddenly, anyone with the right equipment could get online and have a web-presence. It was an exciting time. From those small beginnings, the number of websites and web-browsers mushroomed and the internet started to become the de facto place to get news and adult entertainment, while becoming increasingly important for companies to advertise their wares and services. The next important step was to allow users to actually interact with suppliers and buy the things they wanted, and that came around 1995, when the Yahoo and eBay sites launched and allowed people to do just that.

The launch of eBay in particular, and its ability to let people buy direct from sellers, really became the start of the next phase of the internet – the so-called Web 2.0, and the transition from a dumb repository of information to an interactive and entertaining entity. From the point of view of both companies and consumers, the Web 2.0 concept was ideal. It allowed people to connect and actually interact, making it particularly good as an alternative to physically finding and buying products from familiar outlets. Beyond that concept and roll out, not a great deal has happened with the internet beyond increases in speed through updates to delivery systems and computing equipment…that is until now, and the input from VR.

On the face of it, VR has just been developed as another arm of computing, in much the same way as printers or drones are. They are highly complex machines and software driven systems that are allied to mainstream computers, and can make use of internet connectivity in their operations. They are universally peripheral devices that we use for entertainment and to extend our computers abilities. But VR has become more of late and the release of low-cost, high-quality VR has boosted the usability of virtual systems to the point where a new term is being whispered in quiet corners, and that term is “metaverse”. 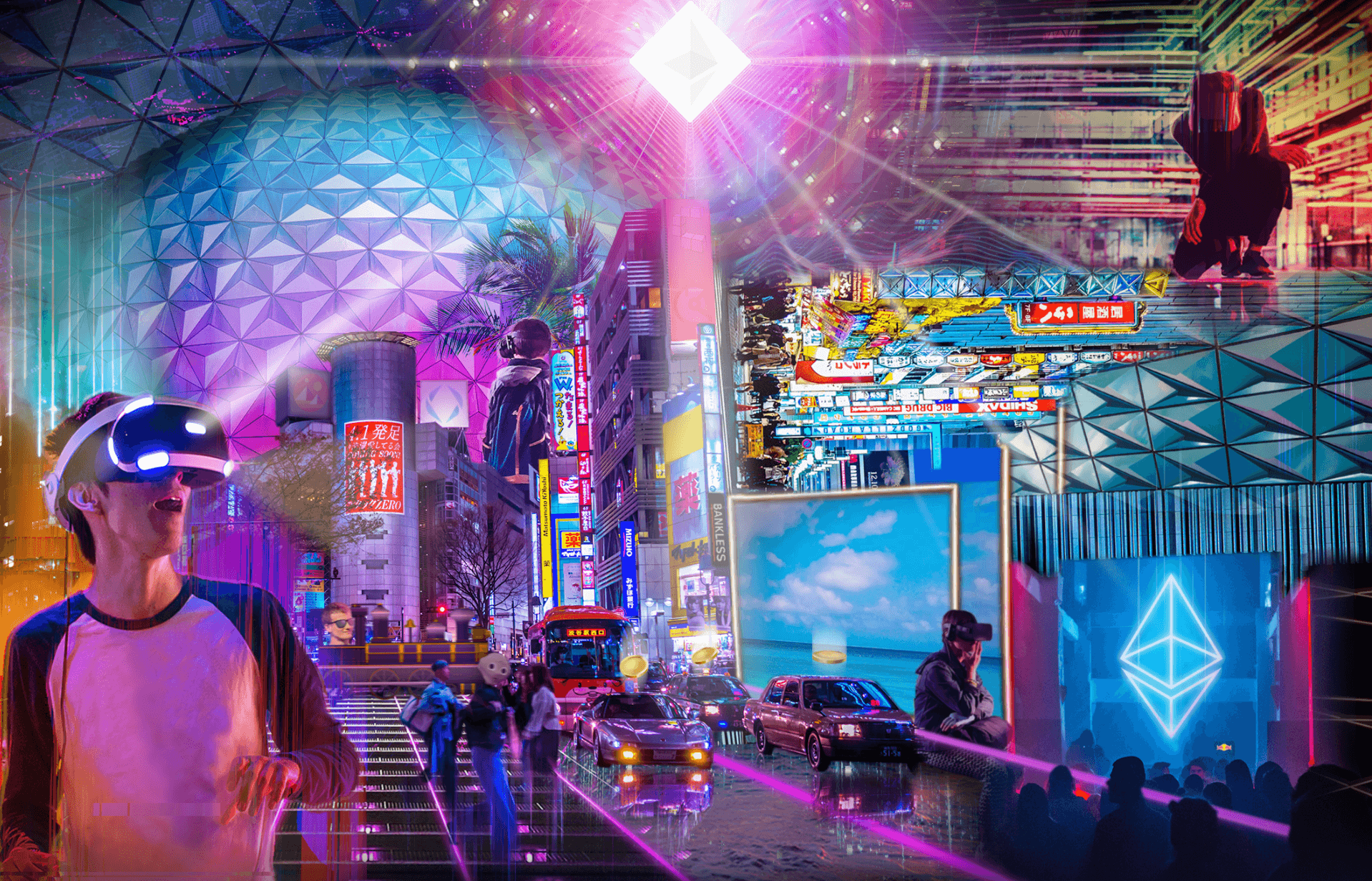 Imagine being at home, or at work, in the park, or even just walking along a street, and you suddenly think of a product that you need or want. Your permanently-in-place AR/VR goggles create a stylised hologram of a vending machine and a payment pad, you pop in your details and the sale is made. A couple of hours later, the product is delivered to your desired address via drone. If this sounds like something that is a long way off in the future, think again, because it is starting to happen now.

The Metaverse has its roots in movies such as Spielberg’s “Ready Player One” where the characters exist within a fully virtual world, but can interact with the outside one, and while the short-term notion of the Metaverse doesn’t quite go that far, who knows where a concept such as this can end up. The idea is that a person can do almost everything that they need to – work, play, interact etc – within a virtual environment, and only disconnect at the end of the day to sleep. Those exploring the concept believe that this Metaverse can be synchronised with our real world and there will be no limit to the “users” of the parallel digital world. Working becomes something that can be done on the slopes of Mount Fuji, if you like, or a completely imagined world. Connecting with friends via digital avatars becomes an instantaneous link, regardless of where they are physically sited in the world.

While all of this might sound a little like “Second Life” or “Spatial”, those who promote the Metaverse advocate a much more realistic and far-reaching approach. There are already moves to recreate the entire world in HD form as a virtual home for all those avatars, making the Metaverse a digital version of what we already have. However, others see it as the notion of taking information about things, locations, or historical events and actually locating that information within an all-encompassing, though still HD, digital world. On one hand we have a complete virtual world where people would spend their lives, and on the other a bit more of a mundane digital repository for information and communications, and commerce, that people could dip in.

The second option is the one that is most likely to come to fruition the quickest, with most users being probably a bit more comfortable with the idea of a 3D internet rather than a virtual living space, but the latter idea will always be something that many will strive for.

But, whatever its form, the Metaverse is coming, and it will be driven by VR, so it’s probably best to get used to the basic tools right now, rather than risk being left behind.