You may remember that we reported a while back that Mojo Vision – the Saratoga-based technology company – had finally prototyped their Smart Contact Lens, and were ready to begin preliminary testing. Well, it seems that things have moved on, and Drew Perkins – the company’s CEO – has actually now worn one of the devices for as long as an hour, and without ill-effect.

Make no mistake, this is a big deal, and a major step towards having a commercial product that is likely to trump all of the Smart Glasses in the galaxy. That’s not to say that the team at Mojo Vision are cutting corners or forsaking safety; Mojo Vision employs not only people who work on the technology side of the lenses, like in all hardware development companies such as software developers, but also people who come from a medical background like doctors and optometrists, who work in guaranteeing that the lenses are comfortable and safe for their users. This is because it is obvious that there are many safety concerns associated with wearing an electronic device in a sensitive area like the eyes.

We spend a lot of time from infancy upwards being told to be careful with our eyes (“don’t stare at the sun, don’t rub sand in your eyes etc…”), and the thought of putting what amounts to a small computer in your eyes sounds nuts. But Mojo Vision are here to show us that this is not only possible and completely safe, but actually desirable. 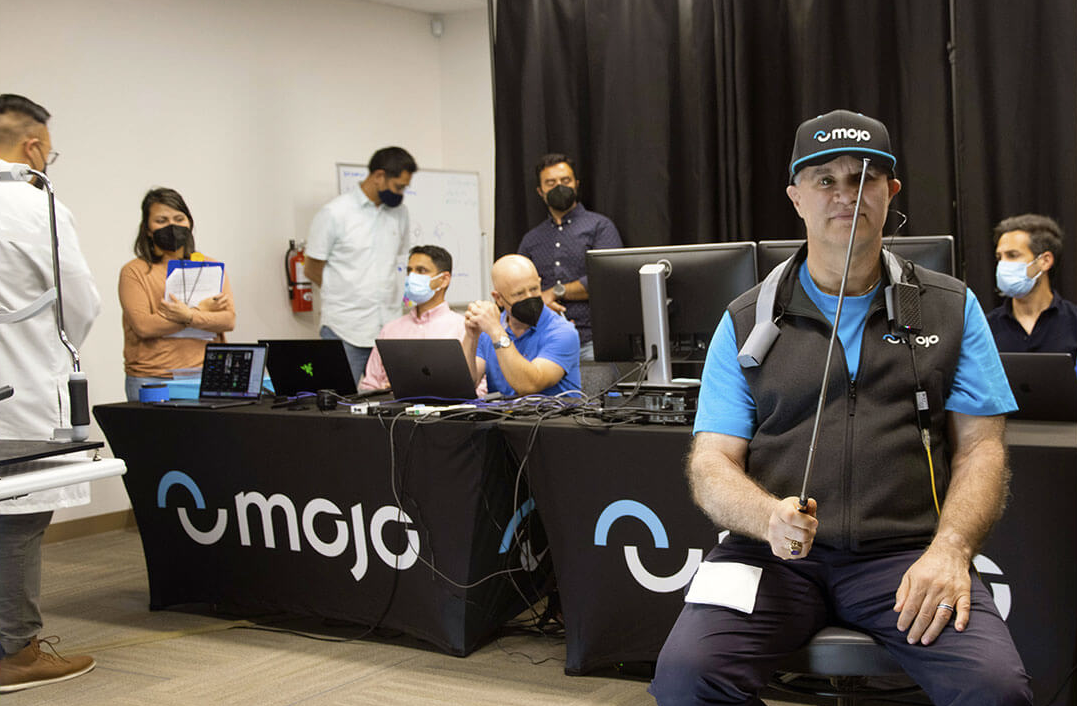 The Mojo lens is completely self-sufficient and features a Micro LED display that has 14,000 pixels per inch, despite the fact that its diameter is only 0.5 millimetres. However, Mojo claims that it has the highest density display that has ever been created for dynamic content, and this makes sense given that it is intended to be worn directly on the eye. According to Perkins, he was able to use the Mojo in such a way that it provided him with a live directional compass and blocks of text that acted as a teleprompter for him to read, and even a solitary black-and-white picture of Albert Einstein was displayed by it.

Eye movements are the only means of navigation because there is no interface that can be touched (remember that you shouldn’t stick your fingers in your eyes), so the entire process is controlled solely by them. It is important to keep in mind that this is a brand new technology, and it will take some time for it to develop, even though it might not seem like a big deal when viewed in the grand scheme of things.

The fact that Mojo lenses are almost entirely self-contained is one of the most remarkable aspects of these lenses. The device is powered by a very small ARM M0 processor, and it has a micro-sized battery and an integrated circuit that was specifically designed for power management. Although it gives off the impression of being very futuristic, Mojo is still bound by the engineering restrictions that come with certain technological limitations. For instance, in its current iteration, the lens is dependent on a discrete graphics processing unit that is carried around the neck. 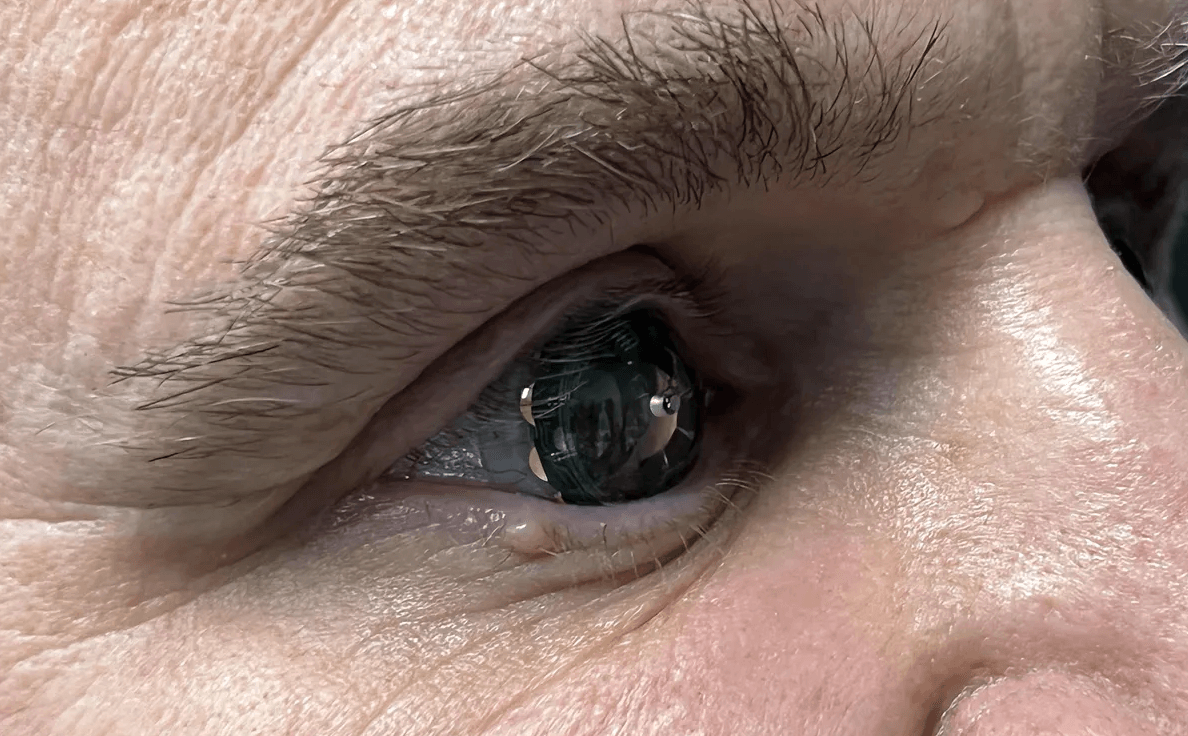 The GPU uses a continuous 5GHz signal to send and receive data from the lens, and in addition, the user is required to wear a special hat that has an integrated antenna for improved connectivity and data transfer. This is something that Mojo is working to remove from the prototype units that they are working on, but achieving this level of miniaturisation will require a great deal more research and development.

The technology is still a long way from the easy-to-use device that Mojo Vision are hoping to commercialise, and there is still a huge amount of R&D to complete before the device can even be considered for FDA approval. Drew Perkins is determined that the company will do things the right way and not cut corners on the developmental work. It may take some time – years possibly – for the current prototype to be turned into a commercial device, but there is no doubt that by Drew Perkins wearing it for the first time, it has reached a major milestone.

We’ll keep you updated on developments.

Updated for 2021 LTS: The definitive guide to lighting in the High-Definition Render Pipeline